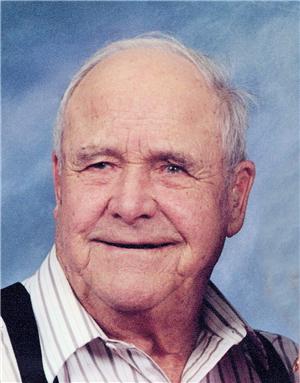 Alice Margaret Mensch was born near Freeman, South Dakota on Friday, February 9, 1917. She was the youngest of eleven children born to her immigrant parents, Philip, Sr., and Emilie (Kramer) Mensch. Her mother died when Alice was ten years old. She graduated from Freeman High School in 1935, and then spent the following two years taking care of her father. After attending Brookings State College for a short time, she found nursing to be the career she wanted to pursue. She then enrolled in Sacred Heart Nursing School in Yankton. For the next 40 years, she enjoyed the hard work of nursing. She was a compassionate nurse, serving as a floor nurse and as a private nurse. To this small Midwest town girl, New York and the big eastern cities were particularly interesting. She liked the people she cared for, with the Jewish patients taking a special liking to her. As she got older, she moved to Kansas City, Missouri to work and live with her sister, Ruth. She retired to Yucaipa, California in 1980 and lived with her sisters, Minnie and Martha. After they passed away, she returned to South Dakota in 2000. In 2002, she became a resident of the Good Samaritan Society of Scotland. In these last days, her faith in and love for her Lord Jesus was renewed as she enjoyed daily devotions and singing many hymns by heart. Card games with friends kept her mind alert. In November, 2010, her health began to fail and she passed away on Monday, November 22, 2010 at the age of 93 years, 9 months and 13 days.
Alice’s family is grateful for her life. Her niece, Harriet Schaeffer of Scotland, and other extended family members will miss the time they spent with her.
In addition to her parents, Philip, Sr., and Emilie Mensch, Alice is preceded in death by three brothers: Henry, Philip, Jr., and Herman, and seven sisters: Amelia, Katherine, Dora, Minnie, Henrietta, Martha, and Ruth.
Blessed are they that die in the Lord, for Jesus said, "I am the resurrection and the Life!"

There will be a gathering of family and friends at 10:00 a.m. on Friday, November 26 at the Goglin Funeral Home in Scotland, to reminisce and pay tribute to Alice
To order memorial trees or send flowers to the family in memory of Alice Margaret Mensch, please visit our flower store.