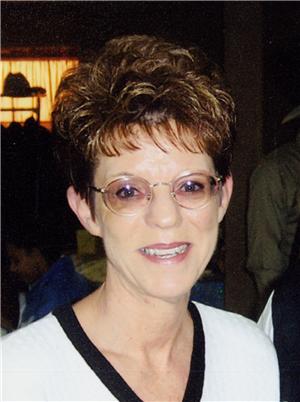 CLERGY
Rev. Ron Shifley
MUSIC
Organist ~ Shirley Orth
Congregational Hymns
“What a Friend We Have in Jesus”
“Just a Closer Walk With Thee”
Special Music by Lori Suess & Chris Suess
“I Can Only Imagine”
“When I Get to Where I’m Goin’”
CASKETBEARERS
Chris Suess
Tyler Suess
Tanner Suess
Don Herman, Jr.
Bill Schneider
Sean Barrett
Barbara Kay Suess was born on Sunday, May 11, 1947 in Scotland, South Dakota to Eugene and Elda (Schelske) Baltzer. She graduated from Scotland High School in 1965. Following high school, she attended IBM College in Des Moines, Iowa. Barb was united in marriage to Maynard Suess on June 22, 1969 at Kaylor, South Dakota.  She worked at the Kaylor Bank for several years and later at the Post Office. At the time of her death, she was working at the Main Hide-Out in Scotland, where she had been employed for 17 years. Barb was a devoted wife, mother and grandmother and took special joy in time spent with her grandchildren. In her spare time, she enjoyed fishing and going on vacation. Barb died on Wednesday, April 17, 2013 at Landmann-Jungman Memorial Hospital in Scotland at the age of 65 years, 11 months and 6 days.
Barb will be remembered always by her husband of 43 years, Maynard Suess of Kaylor; her daughter, Jodi Andretta of Scotland; two grandchildren: Tatum and Jarret Andretta of Scotland; and her sister, Linda (Richard) Zander of Scotland.  She is also survived by her in-laws: Marvin (Alice) Suess of Hillsboro, Oregon, Marlene Herman of Freeman, Leonard Weisz of Parkston, Gary (Lori) Suess of Tripp, Ron (Barb) Suess of Scotland, Joan Suess of Forest Grove, Oregon, and Sue Suess of Lavista, Nebraska; and many nieces and nephews.
In addition to her parents and parents-in-law, Barb was preceded in death by an infant brother, and in-laws LaVonne Weisz, Don Herman, Melvin Suess, and Elmer Suess.
To order memorial trees or send flowers to the family in memory of Barbara Kay Suess, please visit our flower store.