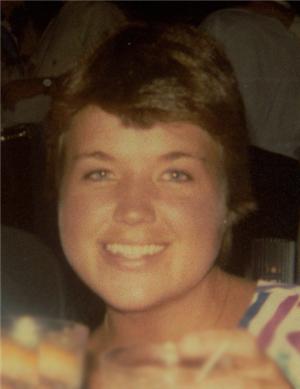 Barbara Ellen “Barb” Voigt was born on Sunday, January 2, 1955, at Yankton, South Dakota to Joseph and Margie (Kreber) Zilla. She graduated from Yankton High School in 1973 and received her nursing degree from Dakota Wesleyan University. Barb married Bruce Voigt on July 1, 1987 at Yankton, South Dakota. She worked as a Registered Nurse for over 30 years, serving as both a traveling nurse for several years and in Tyndall for many of those years. Barb passed away on Monday, April 23, 2012 at the Rapid City Regional Hospital Hospice House following a five year battle with cancer.  She was 57 years, 3 months and 21 days old.
Barb is survived by her husband, Bruce Voigt of Tyndall; three children: Joseph Voigt and Joshua Voigt, both of Tyndall, and Kari Voigt of Brookings; two brothers: Joseph (Joan) Zilla of Mitchell and John Zilla of Scott City, Kansas; and three sisters: Bernie (Ron) Riley of Colorado Springs, Colorado, Mary Kay Zilla of Hill City, and Gerri Sufficool of Colorado Springs, Colorado.  She was preceded in death by her parents, Joseph and Margie Zilla.
Following her memorial service, there will be a time of sharing, food and fellowship at the Lewis & Clark Resort Lodge, near Lewis & Clark Lake. The route to the lodge will be marked with white balloons.
To order memorial trees or send flowers to the family in memory of Barbara Ellen Voigt, please visit our flower store.