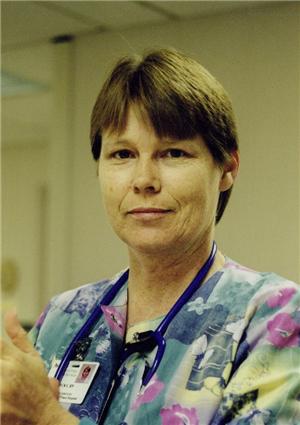 CELEBRANT
Fr. Joe Forcelle
MUSIC
Organist ~ Marcene Kniffen
Congregational Hymns
“How Great Thou Art”
“Amazing Grace”
“Let There Be Peace on Earth”
“Be Not Afraid”
LECTOR
Ed Kniffen
HONORARY CASKETBEARERS
Kyle Winckler
Tristan Cooper
Karessa Elsberry
Kyle Elsberry
Aunt Jan
Colby Jensen
Corey Cooper
Tyler Cooper
Chase Cooper
Pat Elsberry
Trudy Elsberry
Dallas Dunwoody
Ryan Elsberry
Shauna & Joe Geiger
St. Michael’s Hospital, Linton N.D. Hospital, St. Mary’s Hospital, Winner Regional Healthcare Center, Redfield Community Hospital, Tyndall Ambulance, Campbell Ambulance, Woonsocket Ambulance, and Tripp County Ambulance
ACTIVE CASKETBEARERS
Chad Cooper
Steffany Dunwoody
Shaun Cooper
Casey Cooper
Rick Jensen
Lance Dunwoody
Rebecca Ann Cooper Elsberry was born on July 12, 1958 at St. Mary’s Hospital to Myron Ralph and Mary Frances Anderson Cooper. She was raised on her grandfather’s ranch southwest of Fort Pierre. She learned her love of horses at an early age and was riding before she could walk. Becky attended Wentde Country School through the 8th grade. She graduated from Stanley County high School in 1976.
On a dare from her father, she joined the United States Army and received letters of commendation from both Basic Training and Advanced Individualized Training. She served a total of 14 years with the United States Army and the South Dakota National Guard. Becky was a proud, Paid Up For Life member of the Pike-Wagner Post #2 of Tyndall, South Dakota.
In 1984, she graduated from the Pierre School of Practical Nursing with an LPN license after passing her nursing boards. Then in 1998, with encouragement from her family , she returned to the USD School of Nursing and earned her Registered Nurses License. Earlier in 1996, she completed the Basic EMT course and worked for the Winner Ambulance Service. She had worked for ambulance services in Winner, Hot Springs, Sanborn County (Woonsocket), Campbell County (Herreid), and Tyndall. She was serving as the City’s Ambulance Director at the time of her death.
She began her nursing career at St. Mary’s hospital as an LPN and worked on the surgical/peds floor before transferring to Central Supply. She has worked both as an LPN and an RN at the Winner Regional Healthcare Center, as an RN at the Redfield Community Hospital, as an RN at the Linton Hospital in North Dakota, and finished her nursing career at St. Michael’s Hospital in Tyndall.
In 1989, she met Mike Elsberry and they were married in Fort Pierre on February 18, 1993. Together they have made their home in the South Dakota cities that mirror those of the various ambulance services she served. They have traveled to Korea, San Francisco, Washington D.C., Florida, and several other places of interest as well.
Becky’s hobbies included collecting Breyer horses (over 200 in all), reading, and being with family. Outside the home, she was known for her love of nursing and for working for the ambulance service. Taking care of people and serving the public were her real passions. She wanted to give a special shout out to her friends at the Tyndall Hospital and Tyndall Ambulance. She loved you all.
Becky passed away on Wednesday, May 13, 2015 in her home having attained the age of 56 years, 10 months, and 1 day.
Grateful for having shared her life are her husband, Mike Elsberry of Tyndall; daughter, Kara Elsberry (Albert) of Winner; son, Eric Elsberry of Tyndall; and her puppies, Lady Kaye 2 and Molly Polly 2 (The Twos). Becky was part of a strong family which produced six siblings: Ken (Dawn) Cooper of Pierre, Patty Dunwoody of Java, Billie (Walt) Larson of Pierre, Deb Winckler (Brian Bachmann) of Pierre, Chuck (Deb) Cooper of Pierre, and Mike (Tara) Cooper of Tripp. She was also extremely proud of her two grandchildren Karessa and Kyle Elsberry of Winner.
Becky was preceded in death by her son Michael, parents, both maternal and paternal grandparents, and her beloved Lady Kaye 1 and Molly Polly 1.
To order memorial trees or send flowers to the family in memory of Becky  Elsberry, please visit our flower store.