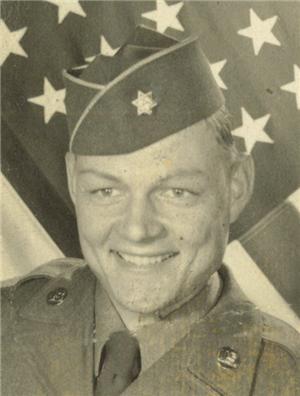 OFFICIATING
Pastor Bill VanGerpen
Bernard Adolph “Bernie” Hasek was born on April 29, 1931 to Adolph and Ella (Crha) Hasek in rural Wagner, South Dakota. He passed away on Monday, November 21, 2011 at his residence in Tyndall, South Dakota. Bernie attended country school. He was a general farmhand as a young man. He entered the Army in 1951 and was stationed in Salzburg, Austria as a Fire Inspection Foreman. After he completed his military service, he worked on the Fort Randall, Gavin’s Point, and Oahe dams. Bernie married Judith Huber on June 12, 1958. He worked construction most of his married life. He enjoyed fishing and hunting and being with his family.
Bernie is survived by his wife of 53 years, Judith, of Tyndall; a son, Douglas, of Tyndall; a brother, Harry (Ann) Hasek of Pierre; a sister, Helen Johanson of Colman; a brother-in-law, Leonard (JoLane) Huber of Yankton; and eight nieces and nephews.
He was preceded in death by his parents; a brother, Steve; a sister-in-law, Eda Mae; and a brother-in-law, Richard Johanson.
To order memorial trees or send flowers to the family in memory of Bernard  "Bernie" Hasek, please visit our flower store.