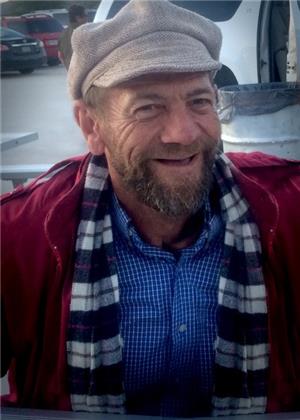 Bob was born Wednesday, April 2, 1952 in Sioux City, Iowa to Cyril and Esther "Scottie" (Mueller) Schulte. He was the oldest boy of the family’s six children and was raised in Anthon, Iowa until the family moved to Sioux City when he was in the third grade. Throughout his childhood and adolescence, he spent many treasured summers at the Mueller family farm near Menominee, Nebraska. Bob attended Heelan High school and was active in cheer squad, theater and student government. He excelled academically and was given a full ride scholarship to Loras College in Dubuque, Iowa. Bob always had his own path and pace which led him back to the Yankton area, where he met Helen Van Hee. They were soon married and Bob joined the Air Force in 1972. After four years of service, he was honorably discharged and the family then moved from Bellevue, Nebraska to Springfield, South Dakota in 1976, where Bob attended University of South Dakota - Springfield graduating with a bachelor's degree in education. Always gifted in the construction arts, he built the family's log cabin in 1978 on the banks of the Missouri River outside of Springfield. He went on to live in S. Sioux City, Iowa, Ft. Collins, Colorado and Ames, Iowa for stretches of time. He was a jack of all trades and worked as a teacher, carpenter, building manager/maintenance, steel fabricator and farm hand. His true love was being of help on any farm, in recent years particularly those of his cousin John (Lois) Mueller and the Katolic family. He resided in an old farmhouse outside of Tabor until the time of his death. Bob had a kind-hearted and playful nature. He loved to bake and eat sweets and always lived in the present moment. His creativity and easy-going spirit drew others to him, young and old. He will be greatly missed.
Bob was father to four girls, Tonia Catherine (deceased 2014), Monica Marie, Laura Beth (Ryan Smith) and Lia Rose (Demetrius Hearte), daughter of Lou Heilman Cortner; grandpa to Siena Catherine (daughter of Tonia & Craig Murphy); brother to JoDeen Mozena, Valerie Schulte, Gary Schulte, Marty Schulte and Jay (John) Schulte (deceased 1984). He was loved by many additional relatives and friends.
Bob was preceded in death by Jay Schulte, Cy and Scottie Schulte, Tonia (Schulte) Murphy.
A celebration of life will be held at a later date. Stories/sentiments can be mailed to Monica Schulte at 5615 Grover Street, Omaha, NE 68106. Donations in memory of Bob can be made at https://www.paypal.me/schulte6040 and will be given to the Yankton Area Banquet, where he enjoyed volunteering.

Stories/sentiments can be mailed to Monica Schulte at 5615 Grover Street, Omaha, NE 68106.
Donations in memory of Bob can be made at https://www.paypal.me/schulte6040 and will be given to the Yankton Area Banquet, where he enjoyed volunteering.

To order memorial trees or send flowers to the family in memory of Bob (Robert) Gerard Schulte, please visit our flower store.