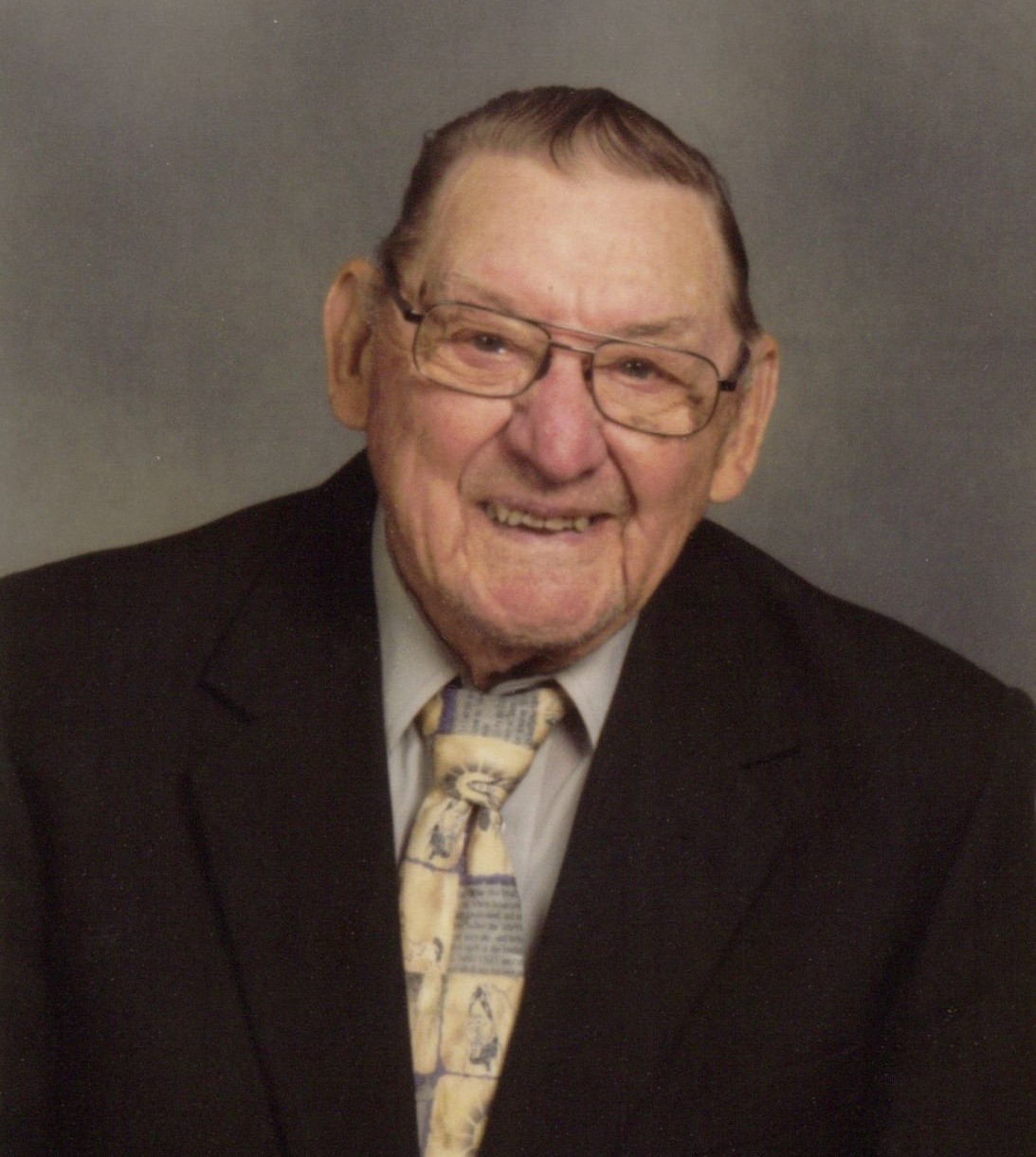 Clarence Martin Jansen, age 93, of Fordyce, Nebraska finished his life on this earth and entered heaven to be with his savior Jesus Christ on Wednesday, December 14, 2022.

Clarence was born April 5th, 1929 to his parents, John and Maxalinda Jansen on a small farm in Fordyce, NE. He was the 7th of 10 children. When asked to describe his personality as a child he said “FIERCE!” He loved to tease all his sisters but was fond of each one of them in a special way. His favorite to tease was his sister Rita who laughed and laughed at his antics. He visited his sisters frequently even into his 90s. As a young boy he loved baseball and his horse, Chubby, whom he said was his transportation to finding fun adventures in the area. Clarence rode him to school each day and it was at school he met the love of his life, Angela Salvatori. She was just a 5th grader and a new girl to the St Boniface school. It wasn't until she turned 17, he had the courage to ask her out on a date. He proposed shortly before joining the army in 1951 during the Korean War. He was stationed in Germany and handled radio communications. After two years of letter writing, he returned from Germany and married his beloved Angela on June 23rd, 1953.

He moved his new bride to a home on a small farm he purchased with the money he saved during his time in the military. He and Angela welcomed 11 children while they lived there. Farming was not Clarence's passion, so he rented the land to his brother and went to school to become an electrician. He started a small business as a TV repairman. He worked with the local farmers wiring hog and cattle barns, and fixing radios and TVs on the family farmstead. After years of working on his own he took a job as an electrician for a builder in the area. He ended his career at the Yankton State Hospital in the maintenance department.

Although Clarence was a hard-working man, his true passion was his love for Jesus and the calling to serve Him in the Church. After he and Angela became involved with the Cursillo Ministry he prayerfully made the decision to become a deacon in the Catholic Church. He committed to the four years of religious study to become ordained in 1983. After his retirement at the age of 62 Clarence made the deacon ministry his full-time work. He visited the prisoners in Yankton and Hartington jails, sharing the love of Jesus, letting them know they were forgiven if they wanted it and they were never forgotten by a loving God. He served at the Yankton Sacred Heart Hospital as a chaplain, sharing the Gospel of Jesus love with all whom he visited, anointing them with holy oils for healing. He and Angela counseled numerous young couples, preparing them for the Sacrament of Marriage, encouraging them to attend church and build lives of faith in Jesus Christ. He visited the nursing homes in Yankton, Hartington and Coleridge, sharing Christ's love and Holy Communion with those who wished to receive it. He loved people and enjoyed encouraging men and women to walk with Jesus daily. Clarence actively served as a deacon in both the St Boniface and St John's parishes until his 90th Birthday, saying then, it was time for the younger men to take the torch of faith, though he continued his daily reading of the Word and prayer until his last hour.

After fifty years on the farmstead, he and Angela decided small town life was what they needed. They purchased a home in Fordyce in 2001 where he enjoyed becoming part of the Fordyce community. Clarence moved a small workshop to the lot and spent many happy hours building grandfather clocks, cedar chests, wood cutouts of the Last Supper and walnut rosaries. He was proud to give these as gifts to all his children, grandchildren, great-grandchildren, and to many friends and relatives.

In addition to his life of ministry, Clarence was a wicked good card player. His sharp memory and skill made him a formidable opponent to anyone. He and Angela loved when folks stopped by for a glass of his homemade wine and a game of pinochle or pitch. He also loved making wine, a hobby he learned from own his dear mom, something he perfected over the years. He could turn almost any fruit or berry into a nice sipping wine (?). Anyone who stopped by to visit enjoyed his homebrew as he loved to open and pour a glass for guests at the house.

To order memorial trees or send flowers to the family in memory of Clarence Martin Jansen, please visit our flower store.
Open