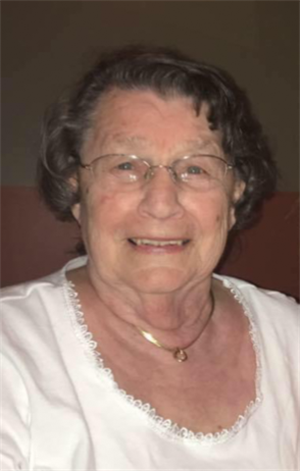 Corleine (Corky) Ruth Janssen was born in Kingsburg, SD on October 10, 1938 to James and Ruth Janssen.

Her early years were spent in Tyndall, Rapid City and Eagle Butte, SD.
As a young woman she competed in the South Dakota Snow Queen festival in 1956 and was named Miss Snow Queen Eagle Butte and was runner up in the state competition.
She graduated from Eagle Butte High School in 1956 and moved to Sioux Falls to attend the South Dakota Beauty Academy. She received her cosmetology license in 1957.
On April 14, 1958 she married Joseph Dean Mernin at St Leo’s Catholic Church in Tyndall, SD.

Corleine worked as a hairdresser in Sioux Falls, Tyndall and Yankton for many years, with an extremely loyal clientele. She was also employed by County Lanes and Shop EZ.
She began bowling in the late sixties and eventually achieved much success winning many awards and tournaments. In addition to bowling she had many other hobbies including painting, quilting, and crocheting. Corleine had a huge heart and her door was always open. There was always coffee on and games or cards to be played.

To order memorial trees or send flowers to the family in memory of Corleine Ruth Mernin, please visit our flower store.
Open