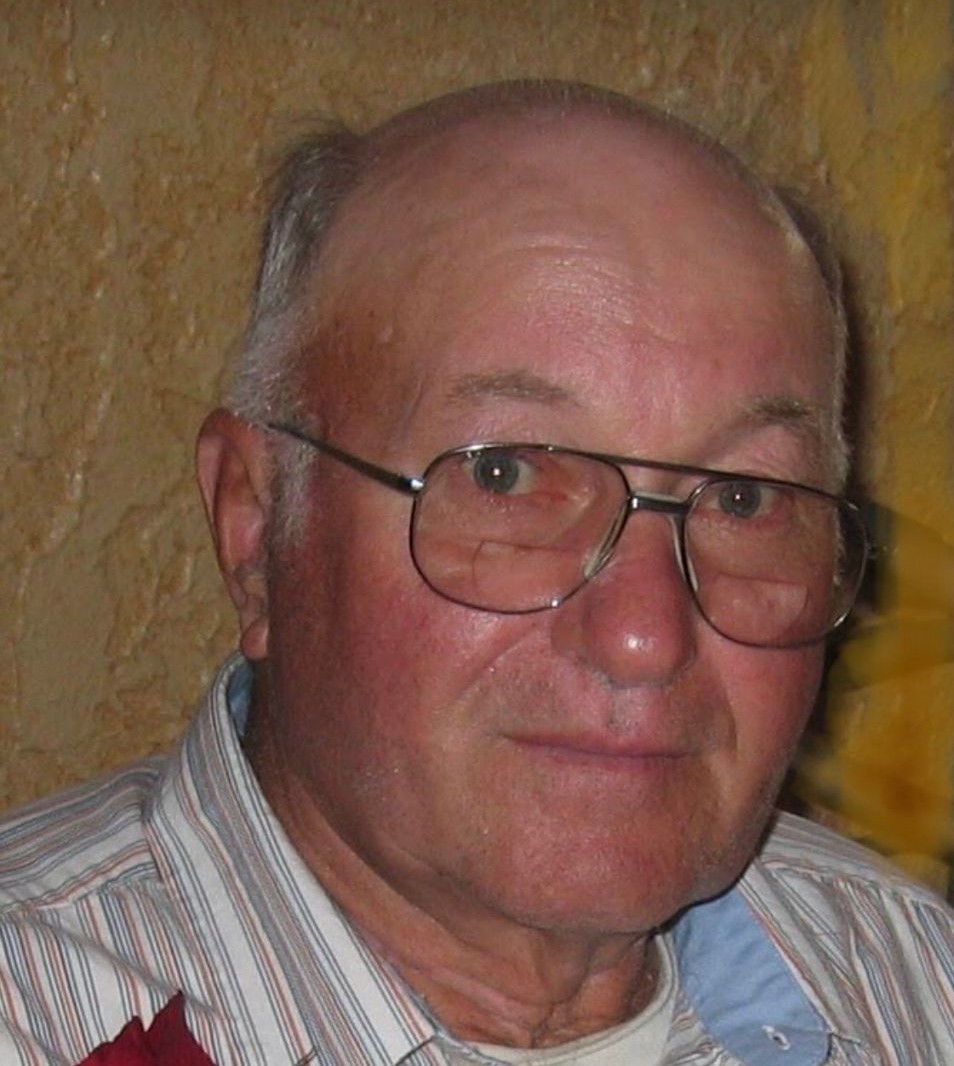 Funeral services for Dale will be held Friday, September 10, 2021 at 1:30 p.m., with visitation beginning two hours prior to the service. Services will be held at the Scotland Community Church in Scotland, South Dakota.

Casket bearers and honorary pallbearers include all of Dale‘s grandchildren. Dale’s burial will be in the Rosehill Cemetery in Scotland with military honors by Scotland VFW Post 2966 and SD National Honors Guard. A light lunch will follow the interment. The family is encouraging masks and social distancing to protect those around you. Thank you for your understanding and cooperation.

Dale Stewart was born June 3, 1929 in Ravinia, South Dakota to Ralph and Lillian (Caldwell) Stewart. The family then moved to Tyndall, South Dakota where he made many friends and begin courting the “love of his life” Ruth (Goeken) Stewart.

Dale went on with his adult life by joining the Army. In the Army, Dale was a combat engineer during the Korean War and operated large equipment in dangerous conflict conditions. Most of his time in Korea was spent on the front line, south of the 38th parallel. During these difficult years, Dale reached the rank of Sergeant and he was awarded the Korean service medal, United Nations service medal, two overseas bars and one bronze service star. Dale served in the armed services from July, 1951 to April, 1953. He came home on leave in November 1951 to marry Ruth. They made a life together for the next 62 years before Ruth’s passing on March 6, 2013.

During Dale’s life he had a passion for farming. His life revolved around the love of the land and everything that went with farming. He always laughed and commented that farming made him feel like he never worked a day in his life. His proudest moments were, reflecting on the fact, that his love of the land/farming was being passed down to his children and grandchildren.

Dale‘s grandchildren and great-grandchildren brought him much joy. They always looked forward to tours of the farm and his famous tractor rides. So went the life of Great-grandpa Tuffy.

Dale was preceded in death by his wife, Ruth; his parents, Ralph and Lillian and his siblings, Margaret and Don.

To order memorial trees or send flowers to the family in memory of Dale Alvin Stewart, please visit our flower store.
Open