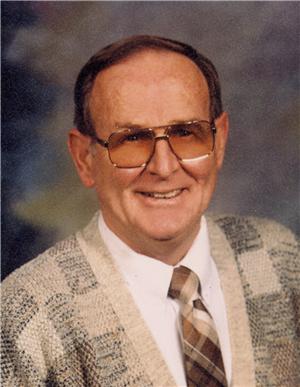 CELEBRANT
Fr. Gerald Thury
MUSIC
Organist ~ Marcene Kniffen
Processional ~ “Here I Am, Lord”
Offertory ~ “Why Me, Lord”
Communion ~ “Be Not Afraid”
Recessional ~ “One Day at a Time”
Bagpipes by Dr. John Brady
CASKETBEARERS
Ben McCann
Seth McCann
Zac Orth
Andrew McCann
Sean McCann
Drew Delvaux
Richard “Dick” McCann was born to Floyd and Margaret (Delany) McCann on Sunday, November 5, 1939 in Yankton, South Dakota. They made their home in the Tyndall area before moving to their farm in Scotland, South Dakota, where he attended high school from his sophomore to senior year. After graduating in 1957, he attended college at Southern State University in Springfield. He moved to Pierre, South Dakota in 1960 and held various jobs for the State of South Dakota. He married Kada Eckman in 1961 and four children were born to this union. In 1975, he returned to the Scotland area to assist with the family farm. He attended the University of South Dakota in Vermillion and worked in the mental health field, mainly in the area of alcohol abuse counseling.
In 1985, Dick married Patricia Delvaux (nee Mack). They moved to Tyndall in 1988, where he worked in various positions at the Mike Durfee State Prison, retiring as a Unit Manager in 2001.  In his retirement, Dick became active in city politics and served on the city council and then as mayor of Tyndall for six years. Dick enjoyed restoring old houses and working in the yard. He bowled for years on Lange’s Barbershop Bowling  Team and enjoyed coffee with Lamont and “crew” at the barbershop. In addition, attending the Tabor Bluebirds baseball games with friends brought him great pleasure.
Dick spent his life helping others through his work with chemical dependency programs and with his affiliation with Alcoholics Anonymous, where he was a member for 43 years.
After a courageous battle with cancer, Dick passed away peacefully at his home in Tyndall on Monday, May 9, 2011 at the age of 71 years, 6 months and 4 days.
Dick is survived by his wife, Pat, of Tyndall; four children: Tate (Kristine) McCann of Vermillion, Bridget (Hilary) Hanisch of Yankton, Richley (Anthony) Turner of Canon City, Colorado, and Timothy (Cheryl) McCann of Newell; four step-children: Mike (Deb) Delvaux of Grand Island, Nebraska, Brad Delvaux and partner Cindy Hirsch of Yankton, Jennifer (Todd) Howard of Amarillo, Texas, and Joe (Lisa) Delvaux of Yankton; 18 grand-children and 4 greatgrandchildren; and his former wife, Kada McCann of Scotland.
In addition to his parents, Floyd and Margaret McCann, Dick was preceded in death by a brother, Joseph, in infancy, and his parents-in-law, John and Kelly Mack.
To order memorial trees or send flowers to the family in memory of Dick  McCann, please visit our flower store.