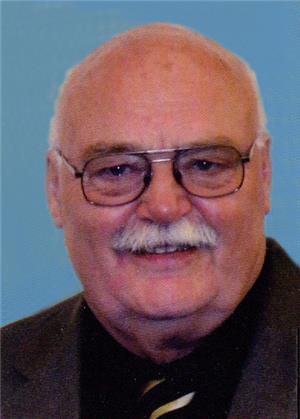 Clergy
Rev. Dani Jo Bierwagon
Music
“Father’s Love” by Randy Travis
Donald Lee Jensen was born on March 14th 1948 to Leo Howard and Norma Jean (Lee) Jensen at Dakota Hospital in Vermilion SD. He graduated from Centerville High School in 1966. Don was a professional truck driver for 45 years. He married Martha Ellen Jones and had two children, Zachary and Kimberly.
He was well known by many in the area and industry for his experience in specialized and heavy haul freight, and was also a member in the South Dakota Trucking Association (SDTA).
Don truly enjoyed the challenges and experiences involved in trucking. 1995 saw his first year attending and competing in the state truck driving championship organized by the SDTA. He competed and placed in the top three almost every year, and had first place wins sending him to the national championships in 2000, 2003, 2011, and 2012. His skills were acknowledged when he was invited to act as a judge in the national competition.
Don passed away peacefully on May 17th 2019 at his home in rural Irene South Dakota having attained the age of 71 years.
He is survived and  remembered by his son Zach Jensen of rural Irene, SD; daughter Kim Janssen (Jeremy) of Huron, SD; mother Norma Jensen of Centerville, SD; siblings Larry Jensen of the Philippines; Pam Stewart (Gary) of Worthington, MN; Tom Jensen(Marvia) of Centerville; Brenda Harold (Philip) of Parker, Brian Jensen(Teresa) of Centerville, and Bruce Jensen of Denver, CO.
He was preceded in death by his father, sister Gwendolyn and grandparents.
This obituary was written in loving memory by the family of Donald Jensen.
To order memorial trees or send flowers to the family in memory of Donald L. Jensen, please visit our flower store.