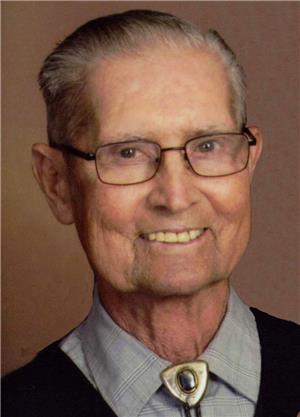 Donald David Rueb, age 74 of Scotland, died Wednesday, April 28 at his home in Scotland.
Donald David Rueb was born to Harven and Florence (Radack) Rueb on November 18, 1946 at Avon, South Dakota. He graduated from Tyndall High School. Donald was a member of the National Guard and received Honorable Discharge after 6 years of service. Donald married Sandra Hora on May 15, 1970 at the Tyndall Baptist Church. Donald and Sandra owned and operated the Gregory Bakery for several years before returning to the family farm Northeast of Tyndall. After farming most of his life, he finally left farming due to health issues and Donald moved on to work at Hy-Vee, and later bought a home in Scotland, SD to be closer to family.
One of Donald’s favorite past times was going to rummages and auctions to add to his enormous collection of treasures. Donald enjoyed doing woodworking projects for the Scotland Youth Center and friends and family. He loved playing Christian music on his organ, and listening to Polka music with Mollie B. being his favorite. Often you would find him camping on the weekends or going for a drive to observe the progress of area farmers’ crops for the year.
Donald was most known as a caring and sensitive person and father, often going out of his way to help anyone he could. He would never say no to assisting his children or grandchildren in whatever way he was able. On May 16th, 2006 Donald received the greatest gift in life with his double lung transplant. He never stopped being appreciative of the 15 extra years he received from this. You could often hear Donald using his sense of humor to lighten the mood even in the darkest of times. Many of the Nurses who cared for him were often asked, “Do you want to go dancing with me?”
Donald married Rebecca Weber in 1966, and from this union Debra (Scott) Burgi of Springfield, SD was born. Donald later married Sandra Hora who passed away in 1997. The love between Donald and Sandra added an additional 6 children to their lives, Kimberly (Randy) Abbink, Scotland, SD; Lisa (Nathan Sondreal) Kissner, Huron, SD; Scott (Stephanie) Rueb, Mission Hill, SD; Kristy (Tim) Furney, Scotland, SD; David (Joy) Rueb, Tyndall, SD; Jennifer Matthies, Tea, SD.
The last five years he has enjoyed sharing his life with his special friend, Marlys Hoff of Mitchell, SD.
He is also survived by 23 grandchildren; 7 great-grandchildren; two brothers, Robert (Judy) Rueb and Rodger (Carol) Rueb and three sisters, Barbara Young, Karon (Duane) Jonas and Sheila (Andrew) Van Maanen and many nieces and nephews.
Donald was preceded in death by his parents; brother Dennis; brother-in-law Doyle Young; first wife Rebecca Weber; his wife of 28 years, Sandra Hora and a son-in-law, Joshua Thompson.

To order memorial trees or send flowers to the family in memory of Donald David Rueb, please visit our flower store.
Open