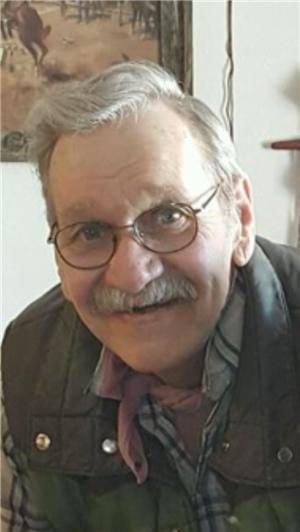 Doyle M. "Bubba" McDonald, 70, of Bloomfield, Nebraska, formerly of Crofton, Nebraska, passed away on Saturday, January 23, 2016 at the Good Samaritan Society of Bloomfield.  Honoring our father's wishes, no service or memorial is planned.  His cremated remains will be scattered in the mountains of Idaho at a later date.
Doyle was born on April 5, 1945 to Raymond and Leila (Carlow) McDonald on the family farm in Rural Knox County, Bloomfield, Nebraska.  He graduated from Center High School in 1963 and in 1964 he enlisted in the Unites States Army.  Following service in the Vietnam War, he was transferred to the United States Army Reserve which he was honorably discharged in 1970.  After returning home from the service,  he played in the Devils Nest Wranglers band.
He married Janice Thelen in March 1968.  To this union two children were born.  He was employed as a carpenter for many years.  He married Leasa Rolfs in May 1992.  They owned Bubba's Bar & Grill in Gayville, South Dakota from 1994 to 2000 before moving to Montana where they lived for six years.  They lived in Belt, Great Falls and Cut Bank.  Doyle worked as a carpenter, worked on a ranch and at an auto dealership.  During this time, a love of drawing emerged.  He was a gifted artist and loved drawing western scenes.  They moved to San Antonio, Texas in 2007 and spent a few years there before Doyle returned to Crofton, Nebraska to be closer to family and friends.
Throughout his life he enjoyed rodeos, camping, hunting, fishing, motorcycle riding, The Muzzleloader's Club, square dancing and calling, drawing and time spent with family and friends.  He was a talented singer and musician playing many stringed instruments including the guitar, banjo and fiddle among others.
Doyle was preceded in death by his parents.  He is survived by his children Melissa (Brian) Nelsen, Norwalk, Iowa and Brian (Darci Price) McDonald, Bonners Ferry, ID; grandchildren Wyatt McDonald, Lindsay and Logan Nelsen; brothers Lyle (Norma) McDonald, Plainview, Nebraska and Dale (Connie) McDonald, Bloomfield, Nebraska; many nieces, nephews and their children.

The family is honoring his wishes to hold no memorial services.
To order memorial trees or send flowers to the family in memory of Doyle "Bubba"  McDonald, please visit our flower store.