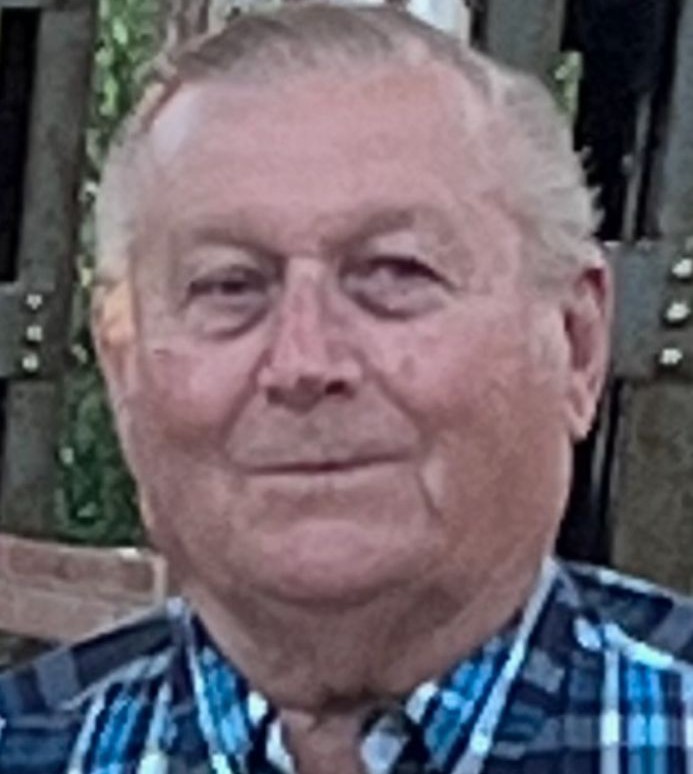 Ed was born on September 7, 1948 to James and Anne (Teply) Humpal of Tyndall.  He was baptized and confirmed in the Catholic Church and remained a life-long and devout member.  He attended country school until 8th grade and graduated from Tyndall High School in 1965.  After graduating, he worked road construction in the Sioux City and Mitchell areas.  He then worked for Rich Beringer as a mechanic.  He attended Springfield College from 1966 to 1967 and earned a degree in Automotive Technology.  He served in the US Army from 1968 to 1970; he was stationed in Germany during that time.

He married the love of his life, LaVon Rathgeber, on June 26, 1971 in Coleridge, Nebraska.  They were blessed with seven children: Joel, Tina, Becky, Lisa, James (Jimmy), Jason, and Justin (JJ).

In 1981, Ed became the 5th generation to work the Humpal family farm and he worked it proudly—raising cattle (including his favorite, Charolais), pigs, sheep, and crops—until he sold it to his son, JJ, in 2020.  He started Ed’s Tire Service in 1983 and traveled all over Nebraska and eastern South Dakota to serve his customers.  He worked at the US Postal Service from 1993 until his retirement in August of 2022 where he was known fondly as everyone’s favorite mailman.  He was unmistakable coming down the road in his yellow Ford Escape, the “Bumblebee.”

Throughout his life, Ed was known for being a hardworking and humble man.  His children, grandchildren, and great-grandson were his pride and joy, and he could always be found at one of their many sporting or school events.  Baseball was a particular love of Ed’s, whether it be the Tyndall Teeners, the Tabor Bluebirds, or the Chicago White Sox.  During football season, he could be found cheering for the Tennessee Titans, and he always picked them to win for his weekly football picks at the Bottle Shop.

His family will always remember Ed’s fondness for popcorn and sweets.  Many nights, Ed would make popcorn on the stovetop and share with everyone who was gathered there.  Ed would be the first to say he didn’t have a sweet tooth, but he loved summer nights when everyone would sit around the driveway enjoying ice cream from the Country Drive Inn (usually at his suggestion) or having a HoHo while driving his mail route.

Ed was very active in the Tyndall community.  As a member of the VFW, he was proud to carry the colors for sporting events and put up the flags on Main Street.  Every year, he placed flags in cemetery for the Veterans.  Teener fans saw him working the concession stand at every game, serving delicious burgers and buttered onions.  He worked tirelessly to ensure that Vegas Night was a successful fundraiser for the Teener baseball program.  If something broke down at the VFW or concession stand, Ed was the man to call to fix it.

Ed was preceded in death by his parents, James and Anne; brothers, Robert, Larry, and John; brothers-in-law, Larry, Dennis, Keith, and Dale; and father and mother-in-law, Melvin and Delores Rathgeber.

To order memorial trees or send flowers to the family in memory of Edward Humpal, please visit our flower store.
Open