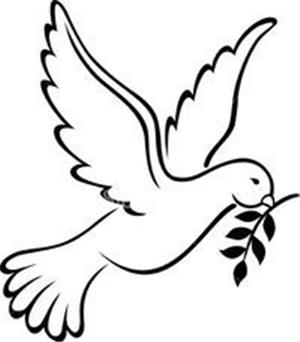 Elsie Magstadt was born on January 9, 1926 to Emil and Ida (Schenkenberger) Gemar in Scotland, South Dakota. She grew up on the family farm in rural Scotland. She attended country school and later attended Scotland High School graduating in 1943. On December 15, 1944, she was united in marriage to Alvin Magstadt. Together they made their home in Kaylor where Alvin worked at Kaylor Lumber & Elevator. In 1952, Alvin accepted the offer to become the manager at Tripp Lumber Co. Elsie also began working there as a bookkeeper. They both worked there for over 20 years before retiring. The couple enjoyed wintering in Mesa, Arizona for 22 years as well as making numerous memories with family at their cabin in Pickstown, South Dakota. In 2004, Elsie moved to Scotland.
Elsie was a gracious woman who adored her grandchildren. She spent countless hours attending her grandchildren’s events. She also loved embroidery, cross-stitching, and quilting and gifting her creations to her grandchildren and great-grandchildren.
Elsie passed away on Saturday, December 15, 2018 at her home in Scotland having attained the age of 92 years, 11 months, and 6 days while working on the needlework she loved. She entered into Heaven and greeted her husband on the day of what would have been their 74th wedding anniversary.
Elsie is survived and remembered by her children: Sharon (Merlin) Stillman of Brandon, SD and Todd (Robyn) Magstadt of Brookings, SD; grandchildren: Sheryl (Charlie) Korzan of Kimball, SD, Teresa Ramold of Sioux City, IA, Steve (Dana) Stillman of Aberdeen, SD, Brandi (Steve) Mandsager of Sioux Falls, SD, and Shayne (Lucilla Corro) Magstadt of Eureka, CA; great-grandchildren: Ricki and Kyle Yasgar, Austin and Conner Ramold, Alex, Kiya, Kirra, and Keyana Stillman, and Elliott and Dylan Mandsager; and step-great-granddaughter Grace Mandsager.
She was preceded in death by her husband in 2004, parents, brothers: Arthur and Leighton Gemar, and sisters: Lea Gall, Belinda Clough, Viola Kern, and Violet Wright.
To order memorial trees or send flowers to the family in memory of Elsie Magstadt, please visit our flower store.