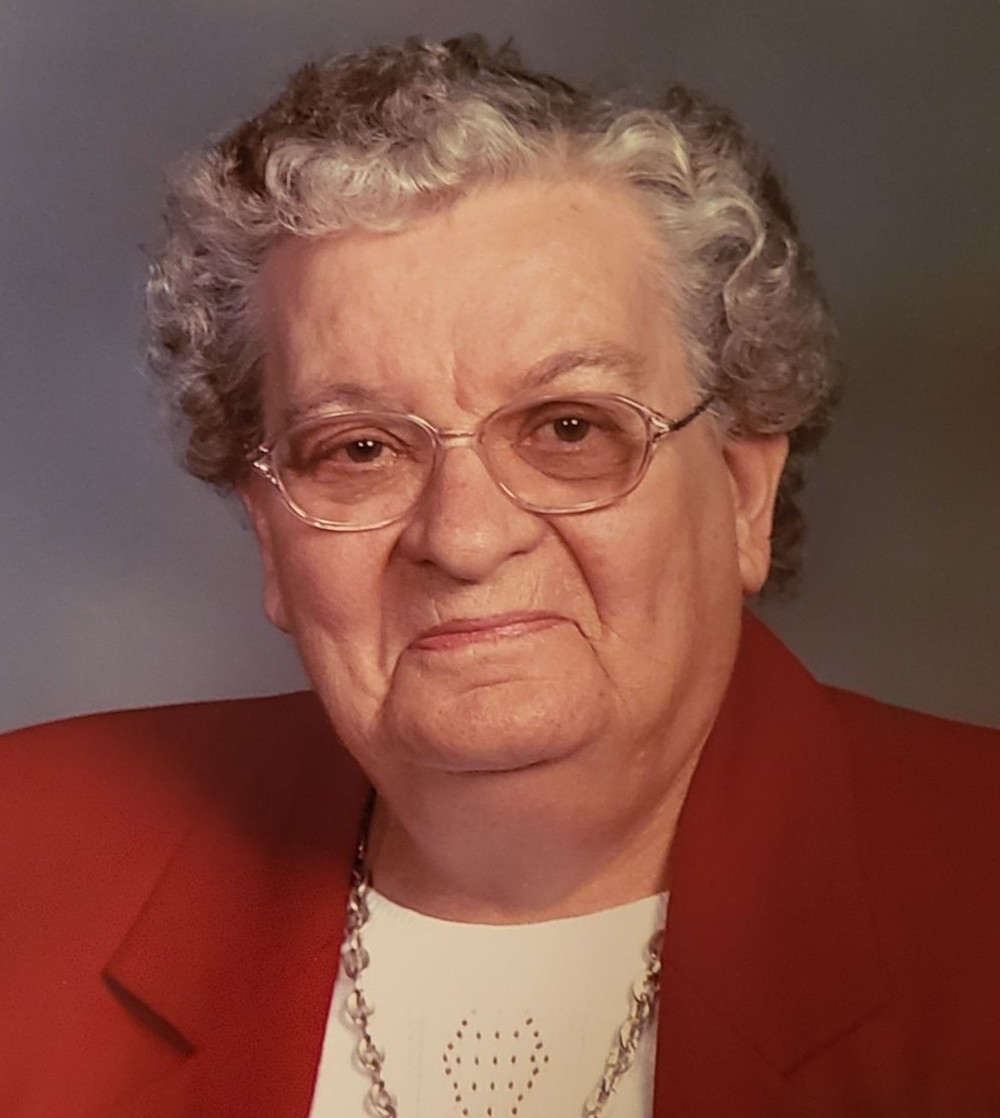 Esther Weidenbach was born July 1, 1929 to Henry and Karolina (Mehlhaf) Streyle at the family farm near Freeman, and was the youngest of eight children. Esther passed away January 1, 2023 at the age of 93 in the Scotland Good Samaritan Society.

Funeral services will be held 11:00 a.m. Monday, January 16, 2023 at Scotland Community Church. Visitation begins at 10:00 a.m. at the church. Burial will be in Rosehill Cemetery, Scotland.

She was baptized and later confirmed at the Zion Reformed Church of rural Menno. After completing eight years at country school, she worked as a phone operator and later as a waitress at the Klaudt’s Service café. There, she met a young Eldon Weidenbach, who would become her future husband. Esther and Eldon were united in marriage by Reverend William Korn August 23, 1959 at Kassel Zion Reformed Church in Menno. They had their only son Kenneth in 1967.

Esther was a hard-working farm wife on the Weidenbach farm. She helped with raising the cattle and hogs, as well as chickens. Esther always had a passion for gardening, and she did lots of canning and freezing with her produce. She also thoroughly enjoyed cooking and baking, both of which she was truly amazing at. Esther was famous for her homemade bread, kuchen and kolaches, and would happily make orders for people. She always made certain that anyone eating at her table never went away hungry. They never did! Esther also enjoyed sewing and watching/listening to polka in her spare time.

One of Esther’s greatest joys was becoming a grandma for the first time in 1999 to her grandson, Zane, then her granddaughters, Adrienne (2003) and Ryleigh (2007). Her grandchildren were her pride and joy. She loved them so much, was so proud of all that they were and told them constantly how proud she would be of who they’d grow up to be.

After an illness, Esther moved into the Good Samaritan Center in Scotland in 2013, which is where she lived for 9 years until her passing. She had many good friends that she shared her life with there. She loved putting puzzles together, crocheting, doing her word find books, and playing bingo with friends.

Esther is survived by her son, Ken Weidenbach (Billie Jo Hays) of Scotland; grandson, Zane Weidenbach of Sioux Falls, SD; granddaughters, Adrienne and Ryleigh Weidenbach of Scotland; brother, Elner and sister-in-law Hulda Streyle of Menno, as well as many nieces, nephews, and friends.

To order memorial trees or send flowers to the family in memory of Esther Weidenbach, please visit our flower store.
Open