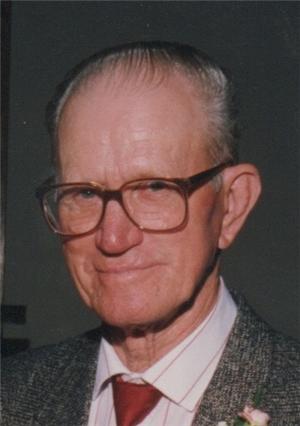 CLERGY
Rev. Mark Werner
MUSIC
Organist ~ Emily Deutscher
Soloist ~ Ron Suess
“Where the Roses Never Fade”
MEDITATION
Jesus and the 23rd Psalm
SCRIPTURE
Old Testament ~ Ezekiel 34:11-16
New Testament ~ John 10:7-15
CASKETBEARERS
Jim Beecher
Ray Beecher
Davie Vesely
Gary Vesely
Lawrence Vesely
Randy Vesely
Frank Anton Vesely was born November 15, 1917 on the family homestead near Pischelville, Knox County, Nebraska to Matej (Mike) and Katie (Lanc) Vesely who had come to the area from Czechoslovakia in 1878 and 1911 respectively. Frank was the third of five sons. He attended elementary school in Knox County District #7. After his school days he hired out as a farmhand on various farms in Nebraska and South Dakota.
In 1941, prior to declaration of World War II, he enlisted in the Army for a one-year tour of duty and was assigned to the 27th and later to the 91st Field Artillery. He was also, briefly, in the Infantry. Three months prior to the end of his enlistment, his discharge was cancelled and he served until October 24, 1945. He served stateside as well as two tours of duty overseas in Scotland, Ireland, England, Italy, Algiers and Austria. He had sailed from New York with 16,000 other servicemen on the Queen Mary.
On December 4, 1944 while home on furlough he married Barbara Ann (Betty) Suchy at O'Neill, NE. To the union was born one daughter, Cynthia Ann. They made their home in Tabor, SD. Betty died after an extended illness on February 6, 1958.
After his discharge from the Army as a PFC in 1945 he worked at the South Dakota State Hospital Farm near Yankton, then for Koranda Well Drilling Co. of Tabor, and finally, for the Bon Homme County Highway Department for 30 years as a truck driver and patrol operator.
On September 1, 1962 he married Hazel (Beecher) Hirsch at the Little Brown Church near Nashua, IA. He thus gained two stepdaughters, Sharon Kaye and Judith Ann. They made their home in Scotland, SD.
He retired in 1982. He then took a serious interest in garden and yard work and in recycling metals. He also enjoyed bowling, fishing and traveling.
He was baptized and became a member of the Scotland Presbyterian Church in 1964 where he served briefly on the Board of Trustees. He was a member of American Legion Post #183 of Tabor, SD since 1945 and a member of a bowling team from 1965 until 2000.
Frank passed away on Sunday, December 9, 2012 at the Good Samaritan Society of Scotland at the age of 95 years and 25 days.
He is survived by his wife, Hazel, of Scotland; three daughters: Cindy (Craig) Dempsey of Omaha, Sharon (Darrell) Orth of Lesterville, and Judy (Tony) Rokusek of Olivet; five grandchildren: Chris (Justin) Mayfield and Cara Dempsey of Omaha, Danielle (Wesley) Schaeffer of Utica, Rochelle (Kevin) Adam Olson of Yankton and Jim (Darcy) Rokusek of Sioux Falls; 10 great-grandchildren and 2 step-great-grandchildren. He is also survived by three sisters-in-law: Florence Vesely, Lena Vesely and Leona Vesely and many nieces and nephews.
Preceding him in death were his first wife, parents, brothers and a great-grandson.
To order memorial trees or send flowers to the family in memory of Frank Anton Vesely, please visit our flower store.