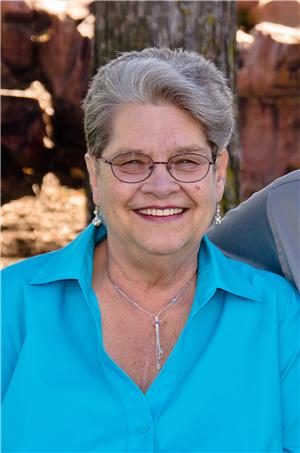 Gladys Gloria Guthmiller was born to Arthur and Regina (Neugebauer) Sperlich on a farm west of Parkston, S.D.  on September 19, 1931. She was raised on the family farm her parents purchased in 1942. Gladys was the oldest of three girls. The girls helped with the building up of the farm and the farm work that went along with that.
After completing the 8th grade, she went to work as a nanny and extended family caregiver to help the family financially.  Gladys met John Guthmiller Jr in the late 1950’s at Charlotte and Maynard Fredericks’ wedding in Parkston, S.D.  Her loving and caring nature landed her at nursing school in Mitchell, S.D. where she received her LPN degree.  Upon completion of school, Gladys got a job in Minneapolis as a nurse so she and Jr. dated long distance.
Gladys and Jr. were married at St. John’s Lutheran Church at Hillside, west of Dimock, S.D.   Jr. got a job in the oilfield in Wyoming which brought them to Gillette. Three children were born to this union; Kathy, Lyle, and Lila.
Gladys continued nursing in Gillette at Dr. Hoadley’s clinic and Pioneer Manor Nursing home, where she eventually retired.  Her hobbies included oil painting, drawing, cake decorating, quilting with her friends at Trinity Lutheran, spending time on the Sperlich farm in S.D., and spending time with her family and grandchildren.  Gladys was known for her delicious cakes and good cooking and baking.
Gladys is survived by her husband, John (Jr.) of Gillette, her children Kathy (Craig) Stricker of Buffalo, WY, Lyle Guthmiller of Denver, CO, and Lila Guthmiller of Gillette, WY, six grandchildren, Misty (Matt) McBroom of Buffalo, WY; Tiffany (J.D.) Songer of Buffalo, WY; Shannon (Alex) Wade of Kenosha, WI; Jordanne (Anthony) Miller of Gillette, WY; and Mikaela Stricker of Quincy, CA; and eleven great-grandchildren; her sisters Marian Neugebauer of Gillette, WY, Carol (Marvin) Neugebauer of Hermosa, SD; and numerous nieces and nephews.
She was preceded in death by her parents, her mother-in-law and father-in-law, six brothers-in-law, and two sisters-in-law.
To order memorial trees or send flowers to the family in memory of Gladys Gloria Guthmiller, please visit our flower store.