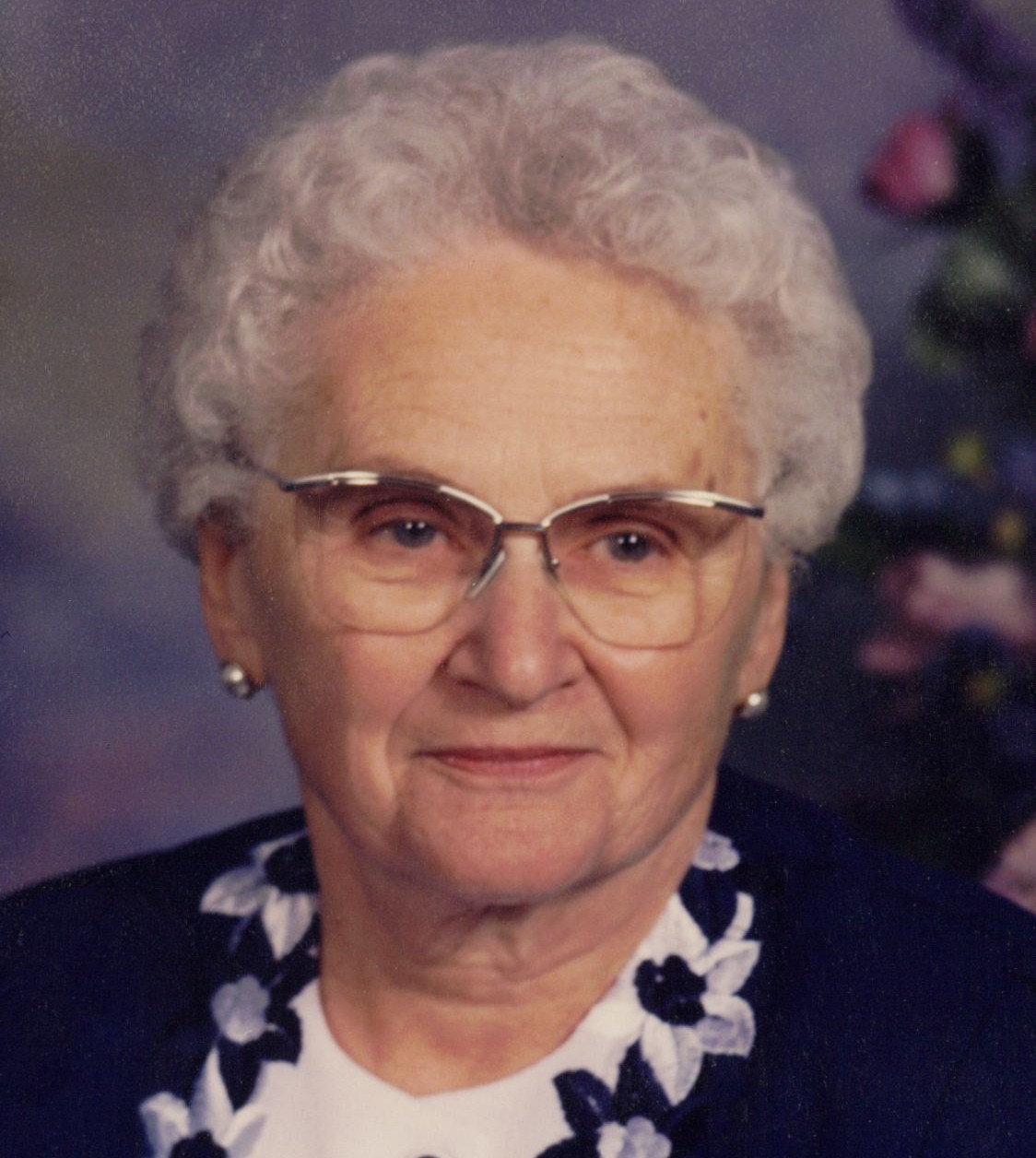 Burial will be at St. Leo Catholic Cemetery, Tyndall.

Helen was a dress maker. She spent 2 years in Omaha, Nebraska where she worked for Cuttahay Packing Plant. She married Ernest Vavruska October 12, 1948 at Tabor. This is when her life as a farm wife began. She and Ernest farmed 3 miles north east of Tyndall. They were blessed with four sons, Ernest R., Edward, David and Steven.

Helen worked at the Tyndall Good Samaritan Center for 12 years while still working on the farm. She moved to Tyndall in 1999 from the farm. Helen was a faithful member of St. Leo Catholic Church. She was a member of St. Leo Altar Society where she served a time as band chairman and president. She was also a member of Catholic Foresters and Catholic Workman. For over 70 years, Helen was active with the American Legion Auxiliary where she served terms as president and secretary.

Helen enjoyed many years with the Tyndall Women’s Bowling League, where she and her teammates won several honors. She enjoyed raising chickens for hatching and sold eggs during her time on the farm. She was remembered for her homemade noodles and kolaches. One of Helen's highlights in her life was taking a trip to Czechoslovakia to visit her relatives.

Helen was preceded in death by her parents; her husband of 44 years, Ernest E. October 29, 1992; brothers, Stanley at the age of 4 years, Joseph (Rozella) Carda and Clarence (Maxine) Carda; and daughter-in-law, Colleen Vavruska, September 8, 2020.

To order memorial trees or send flowers to the family in memory of Helen L Vavruska, please visit our flower store.
Open