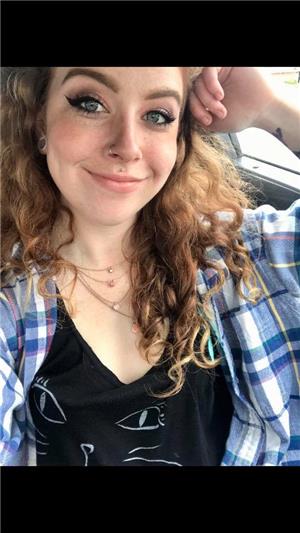 Isabelle "Izzy" Ann Plath, age 21 of Scotland, SD passed away with her puppy Tesla Thursday, January 3, 2019 outside Scotland SD, from injuries sustained in a motor vehicle accident.
Isabelle was born (not hatched, Grandpa) October 3rd, 1997 at home in Yankton, SD to Dr Scott & Melissa Plath. She graduated in 2016 from Yankton High School and met her best friend and soulmate, Tyler Grosz, later that year.
Izzy loved animals and had started her own dog walking service by age 8! Her home was a menagerie, as she rescued and adopted a variety of pets. Izzy and Tyler loved riding their bikes all over Scotland with their goat and dogs.
Izzy's personality and leadership skills took her from not knowing how to skate, to being the captain of the girls hockey team, within three years. She loved helping people and always went out of her way to make everyone smile. Isabelle had many jobs in the Yankton area, but especially loved being with the patients at Plath Chiropractic and the animals at Countryside Bed and Biscuit. She was supportive and bubbly, making friends and uplifting people everywhere she went. Izzy's hugs were legendary.
Isabelle is survived by her parents Dr Scott and Melissa; her boyfriend Tyler Grosz; her brother, Brian (Niki Browns) Plath; her brother, Jason (Kristin) Plath and their children Jackson and Ryder; sister Kristin (Bob) Heckenlaible and their children Emmalyn Landon and Brinley; sister Allison (Damon) Jarabek; sister Courtney Plath; and brothers Gabriel, William and CJ Plath. Grandmothers Wanda Dolejsi and Grace Plath. Aunt and uncles Willie Russaw, Dan & Laura Horacek, George & Shelly Williams, Kirk & Kim Plath. Along with many cousins and friends.
Isabelle was preceded in death by her grandparents Larry Dolejsi, CJ Plath, Bill Tyler, and aunt, Carrie Russaw.

To order memorial trees or send flowers to the family in memory of Isabelle "Izzy" Ann Plath, please visit our flower store.