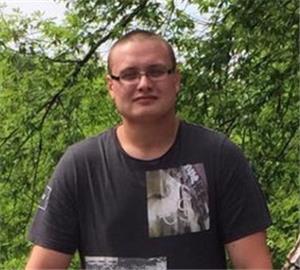 Joshua “Josh” Jay Langley was born on December 10, 1989 to Gerald “Jerry” and Kay Langley in Yankton, South Dakota. He grew up in Tyndall, SD. He attended Bon Homme schools and went on to earn his GED. For a time, he worked with construction and concrete. He later worked as a cook for several restaurants in Sioux Falls, SD. In his spare time, he enjoyed fishing, cooking, and listening to music. Josh loved spending time with family and friends, and especially treasured his daughter, Jordyn.
Josh passed away on Saturday, October 27, 2018 in Sioux Falls, South Dakota having attained the age of 28 years.
He is survived and remembered by his mother Kay (Wayne) Kniffen of Springfield, SD; daughter Jordyn Langley of Sioux Falls, SD; sister Megan (Austin Cambell) Langley of Vermillion, SD; step-sister Kenna Kniffen of Yankton, SD; step-brother Austin Kniffen of Yankton, SD; paternal grandmother Ruth Langley of Tyndall, SD; and many aunts, uncles, nieces, nephews, and friends.
He was preceded in death by his father Jerry Langley, half-brother Jeremy Langley, maternal grandparents Wilbert (Evelyn) Rokusek, and paternal grandfather Dick Langley.

one hour prior to the service
To order memorial trees or send flowers to the family in memory of Joshua Jay Langley, please visit our flower store.