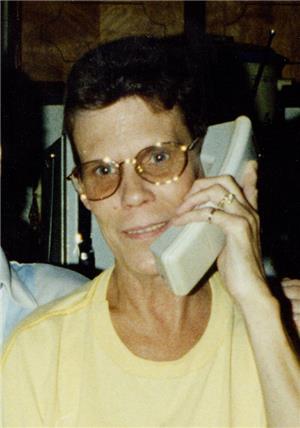 OFFICIANT
John McNeil
MUSIC
"Old Rugged Cross"
"Shall We Gather at the River?"
Julie Ellen Miller was born on September 19, 1946 to Herman and Murray (Swayne) Miller in Dayton, Ohio. After earning her GED, she moved to Las Vegas, Nevada where she worked as a salesclerk for Five & Dime stores and also as hotel pest control. In 1997, after living in Las Vegas for over 30 years, Julie moved with her step-sister Linda Bisson to Ohio. A few years later, they moved to Tyndall, South Dakota and Julie ventured across the area. For a time in 2012, she lived in Parkston then took a short stay in Las Vegas, returned to Tyndall, and lastly made her home once again in Parkston.
Julie was always very sweet, yet stubborn when she needed to be. Her most common sayings were her sincere “thank you” or “I’m sorry.” She enjoyed her days reading V. C. Andrew novels, playing Skip-Bo on her computer, and talking on the phone.
Due to her failing health, on September 22, 2016, Julie became a resident at the Good Samaritan Society of Tripp. Though her stay there was short and not without its challenges, she appreciated the afternoons when she could hear the residents’ singing from the chapel near her room. Julie passed away in her sleep on Thursday, November 3, 2016 at the Good Samaritan Society of Tripp having attained the age of 70 years, 1 month, and 15 days.
She is survived by her step-sisters: Linda Bisson of Tyndall, Jeanna Phillips of Tyndall, Beverly Woodbeck of Tyndall, Kathy Link of Tyndall, and Jewel Johnson of Reno, NV.
She was preceded in death by her parents and brother Latten “Skip” Miller.

one hour prior to service

To order memorial trees or send flowers to the family in memory of Julie Ellen Miller, please visit our flower store.