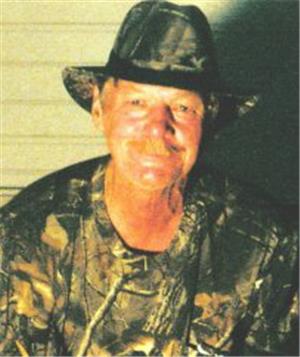 Kenneth Kahler died suddenly at his home in Yankton South Dakota on April 22. 2017. He was born in Hawarden Iowa on January 9, 1948 to Alfred and Frieda Kahler. At age 3 he moved with his parents and five siblings to Vermillion South Dakota. Where he grew up attending elementary school and Vermillion High School. Following school, he followed in his three brothers footsteps and joined the U.S. Navy where he served as a Signalman on board ship with his brother Vernon. Kenneth was a Vietnam Veteran who served with pride.
Following his military service, he attended the University of South Dakota then moved to Sioux Falls, and later to Columbus Georgia with his son Carl. In 2010 he returned to South Dakota and married Jacque Delaney on May 13, 2011. The couple lived in Yankton until his death. While in Yankton, he and Jacque shared the passion of service to others. They were very active in their work with the American Red Cross. In 2012 they were named Volunteers of the Year by United Way and Volunteer Services of Yankton.
Kenneth was a skilled craftsman in construction, metal work, cabinet work, and furniture building. After retiring, he continued to use his artistic skills and his passion for helping others. Most friends and relatives benefited from owning a piece of his beautiful hand-made, wood work, such as the handmade cradle he built for his great grandson Jackson. He was an active member of the Academy of Model Aeronautics, where he built all his models from blueprints not kits.
Kenneth was preceded in death by his parents, his brother Donald, and sister Cynthia (Harlan) Henke. He is survived by: His devoted wife, Jacque of Yankton, son Carl Kahler-Columbus Georgia, Sister Shirley (Gilbert) Vasquez- San Diego California, Brothers Vernon-Rocky Mount, North Carolina, and Raymond- Mesa Arizona, Step Children: Dean (Kourtney)-Sioux Falls; Erin- Fort Worth; Wade-Yankton; grand children Zach-Fort Worth; Myles-Sioux Falls, Natasha-Sioux Falls and great grandchild Jackson (son of Natasha) and many friends in Yankton and Vermillion.
To order memorial trees or send flowers to the family in memory of Kenneth Paul Kahler, please visit our flower store.