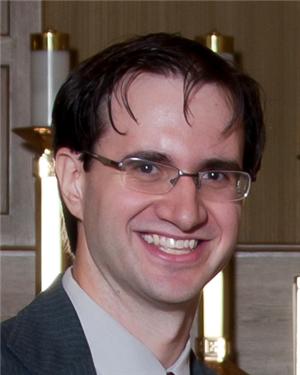 CONCELEBRANTS
Fr. Joe Forcelle
Fr. John Rasmussen
Fr. Mark Lichter
MUSIC
Organist ~ Marcene Kniffen
Soloist ~ Tim Dingman
“Going Home”
Congregational Hymns
"The King of Love"
"One Bread, One Body"
"Holy God"
CASKETBEARERS
Michael Gleason
Jim McFarlane
Nicholas O’Connor
Michael O’Connor
James O’Connor
Wayne O’Connor
Kevin was born April 6, 1979 in Rapid City, SD to James and Kathleen (Donahue) Koenig of Tyndall, SD.  He grew up in Tyndall and graduated from Bon Homme High School in 1998.  After high school, he attended the University of South Dakota before gaining acceptance into Cornell University in Ithaca, NY.  He received a degree in Industrial Labor Relations, interning on Wall Street during the summer of 2001 and spent some time at the World Trade Center.  During his final semester in 2002, Kevin interned for Tom Daschle in Washington, DC.  He graduated from Cornell in 2002.
Kevin launched his business in real estate and property management upon returning to South Dakota and developed a knack for home remodeling.  Kevin married Marichu Matig-a on March 8, 2012.
Kevin had a joyous childhood growing up in Tyndall and was a lead player on his basketball and football teams, standing at 6 ft 7 inches tall. He was passionate about music and played the drums on any surface he could find while belting his baritone voice.  He sparked invigorating political discussions with whomever would engage with him and had a sharp wit.  He loved traveling, caring for his pets, and sharing in family traditions, especially around the holidays.  He had a deep love for his family and cherished time spent with his grandparents.   He will be remembered for his fantastic sense of humor, his commanding stature, and his compelling personality.
Kevin is survived by his parents, James and Kathleen Koenig of Tyndall; sister Carolyn (Mike) Gleason and their children, Quinnlyn and Liam, of Belle Plaine, MN; sister Maureen (James) McFarlane of Minneapolis, MN; grandmother Eileen Donahue of Wakonda, SD; his beloved cat, Reit; and many aunts, uncles, and cousins.
He is preceded in death by his grandparents, James Donahue of Wakonda and Eugene and Agnes Koenig of Tyndall.
To order memorial trees or send flowers to the family in memory of Kevin James Koenig, please visit our flower store.