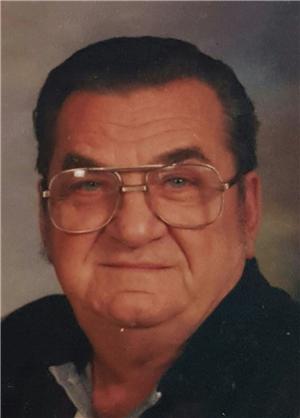 Leroy Gimbel went home to be with his Lord on Wednesday, February 10, 2016 at his home in Scotland, South Dakota. Leroy was loved by many people who's lives he touched. He will be greatly missed by all.
Leroy was born to Emanuel and Ida (Meyers) Gimbel in marriage to Mary Jo Yeager in Lacrosse Wisconsin. Leroy worked hard his whole life. He served in the U.S. Army, was chief of police for Scotland, worked for Coop, drove truck for Alumax Extrusions out of Yankton, past owner of the Scotland Cafe, past owner of the Main Hideout, and his last job before retirement was driving the school bus for Scotland. Leroy's passion was fishing, hunting, gardening, wood working, and spending time with his family.
Leroy is survived by his wife Mary Jo Gimbel of Scotland, SD; children Kim & Ron Ziegler of Ohio, Jackie & David Max of Rapid City, and Bernadette Chatham of Scotland; one brother of Springfield; 7 grandchildren; and 11 great-grandchildren.
He was preceded in death by his son Mark, grandson Leroy, mother Ida, father Emanuel, brothers Rueben and Reinhold, and sister Bernadine Ruth.

To order memorial trees or send flowers to the family in memory of LeRoy  Gimbel, please visit our flower store.