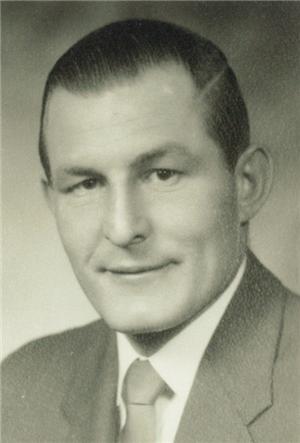 CLERGY
Rev. Bill Van Gerpen
MUSIC
“You Raise Me Up”
“The Old Rugged Cross”
“Softly and Tenderly, Jesus is Calling”
“Amazing Grace”
“Rock of Ages”
Leroy Frank Rehurek was born on Monday, November 7, 1932 to Joseph R. and Anna (Dvoracek) Rehurek. He graduated from Tyndall High School in 1950. He enlisted in the U.S. Air Force in January of 1953 and served actively until December of 1956, attaining the rank of Staff Sergeant. His duties in the Air Force included being an instructor in Basic Electronics and Radar Maintenance courses at Keesler Air Force Base, Biloxi, Mississippi. After serving four years in the inactive reserve, he obtained his Honorable Discharge in January of 1961.
He began studies at Colorado State University in Fort Collins, Colorado in January of 1957 and graduated in June of 1961 with a Bachelor of Science degree, majoring in Business Administration – General Business.  During his career, he worked for such companies as Union Bank, Collins Radio Company, and Control Data Corporation. In 1975, he began employment with the City of Los Angeles, California as an accountant and retired in July of 1993 as a Senior Accountant at the age of 60. A notable achievement during his working years was the design, testing and implementation of a new, integrated accounting system (FMIS), Financial Management Information System for the City of Los Angeles in 1986.
Leroy never married, but lived a very fulfilling life. He was an avid follower of popular music from the 1950’s through the 1990’s.  He enjoyed the arts and attended many concerts, plays and theatrical performances. He took an active interest in the world around him and had a keen knowledge of current events. He became a resident of California in June of 1961, and enjoyed the wonderful climate and scenic coastline, especially that of Santa Monica, where he lived for many years. Leroy passed away on Wednesday, March 9, 2011 at Cypress Court Assisted Living in Escondido, California, having attained the age of 78 years, 4 months, 2 days.
He is survived by four sisters: Irene Kreber of Springfield, Marcella Kortan of Tyndall, Ruth Vellek of Tyndall and Dorothy Sattler of Mitchell; a brother, Lawrence (Joyce) Rehurek of Sparks, Nevada; a sister-in-law, Lorraine Rehurek, of Tyndall; and many nieces and nephews.
He was preceded in death by his parents, Joseph and Anna Rehurek; his sister, Viola Kostlan; three brothers: Alvin Rehurek, Calvin Rehurek and Raymond Rehurek; five brothers-in-law Wallace Kreber, Edward Kostlan, Dorance Kortan, Charles Vellek, and Wesley Sattler; and a sister-in-law Dorothy (Rehurek) Sanders.
To order memorial trees or send flowers to the family in memory of Leroy Frank Rehurek, please visit our flower store.