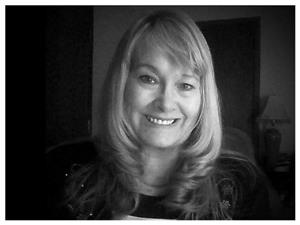 Linda Rae Bickett, age 62, of Yankton, passed away March 26th, 2019 at Avera Sister James from a hard battle with bladder cancer.
Linda was born April 5th, 1956 in Lennox, SD to parents Raymond Bickett and Minnie Stack Bickett. Linda Graduated from Lennox High School in 1974. She worked at several manufacturing plants through the years. Linda was a creative person who enjoyed reading, drawing and crafts. Linda had a passion for flowers and colors and she showed that in her home. She enjoyed hosting and cooking her delicious meals for family and friends. She was an intelligent and caring woman who would do anything for the people closest to her. Linda’s heart and soul were her children and grandchildren. She was happiest when they came to visit especially during the years during her fight with cancer.
Linda is survived by her brothers Gary (Linda) Gayken of Lennox, SD. Jim, Mike and Matt Bickett of Sioux Falls, SD. Son Jeremy Ray Bickett of Yankton, SD. Daughter Krista (Russ) Baldwin of Kansas City, MO. Step children Edward, Theresa and Tiffany Switzenberg of Sioux Falls, SD. Grandchildren Paeton, Kaleb and Cailea Baldwin of Kansas City, Mo. Partner Ronnie Coffelt of Yankton, SD and special friends Rick Switzenberg and Josh Logan.
Linda was preceded in death by Grandparents John Sr. and Elvira Bickett and Howard and Maggie Stack. Parents Raymond Bickett and Minnie Stack Bickett. Brother Robert Gayken as well as several aunts, uncles, nieces and nephews.
To order memorial trees or send flowers to the family in memory of Linda Rae Bickett, please visit our flower store.