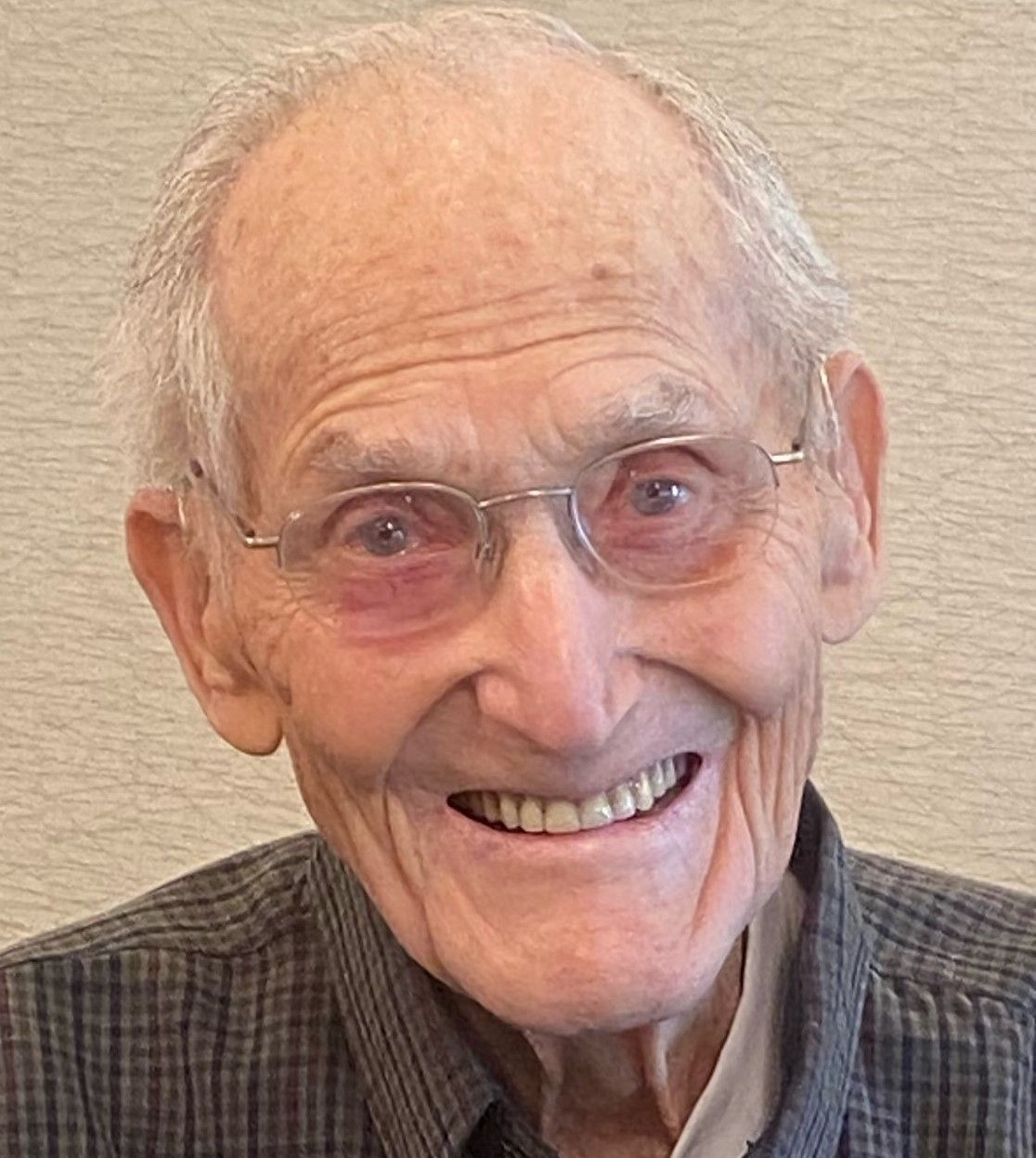 Visitation with family present will be held Friday, January 6, 2023 from 10:00 am – noon at Goglin Funeral Home in Tyndall.  A family memorial service will begin at 1:00 pm. Lowell and Mary Nelson will be interred together in the Czech National Cemetery at a later date.

Lowell was born May 26, 1923, to Hans L. and Jessie B. (Pyper) Nelson on a farm in rural Dante. He died peacefully Wednesday, December 14 at St. Michael’s Hospital in Tyndall, SD, surrounded by family.  He had attained the age of 99 years, 6 months, and 19 days.

Lowell attended several country schools in the Avon area and graduated from Avon High School in 1941. During high school he worked long hours at Gelfand’s Store and on the family farm.  Following high school, he went to work in Omaha, NE and lived with his brother, Clayton and his sister-in-law, Marie.  While in Omaha he attended Fry Aircraft School. Lowell went on to serve his country during WWII and entered the Army Air Force in 1943, serving as an airplane armorer.  Some of the places he served in and spoke of included North Africa, Italy, and France. He was honorably discharged in October of 1945.  Lowell also served in the Army National Guard from 1956-1977 and was also a member of the Civil Air Patrol in Bon Homme County.  He was also a member of the American Legion Pike Wagner Post #2 and VFW Post #6895, all of Tyndall.

Lowell married Mary Slavik in Tyndall, SD on August 23, 1949.  They were married for 64 years when Mary passed in June of 2014. Lowell and Mary first lived in Wagner, SD, and they both worked for Crosby Furniture and Appliance before moving to Tyndall, SD where he worked for Flammings at Tyndall Hardware and Plumbing. He then went on to work for BY Electric in Tabor, SD in 1963 and retired from there in 1985.  Following his retirement Lowell wasn’t one to sit around and went to work as grounds keeper for the Bon Homme Country Club for several years, then worked with his sons at Tyndall Hardware until 2009.

Lowell was preceded in death by his parents; wife, Mary; an infant daughter, Peggy Lee; his siblings, Vera Uherka, Bernie, Virgil, Dale, Clayton and Woodrow, and Marcene Hakl; all of his brothers and sisters-in-law; several nieces and nephews.

The following link will take you to Lowell's memorial tribute, created by the family:

To order memorial trees or send flowers to the family in memory of Lowell Russell Nelson, please visit our flower store.
Open