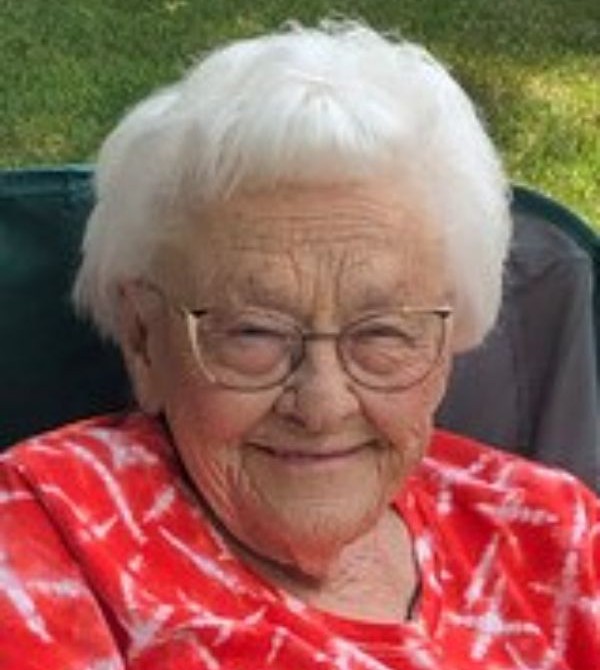 Lucille Eisenbraun was born in Bon Homme County, SD on December 22, 1926 to Emil and Mary (Wiederrich) Schneider.  She grew up on the family farm located between Tripp and Tyndall.  She was confirmed in the Friedens Reformed Church and graduated from Tripp High School in 1943.  After high school, she worked in the hardware store in Tripp.  Lucille was united in marriage to Clarence Eisenbraun on June 10, 1947.  Together they raised three children and were active in their church and community.  She served in the American Legion Ladies Auxiliary.  Lucille was a homemaker, but also worked part time at the Toggery Store and Milady’s Dress Shop.  She loved being outdoors, enjoying gardening and golf.  Lucille and Clarence spent 18 wonderful winters in Mesa, AZ with family and friends.  She was a good golfer and a very seasoned card player.

After Clarence’s death in 2011, she lived in her home in Tripp until November of 2016 when she moved to Good Samaritan Independent Living in Sioux Falls.  Daughters, Karen and Jane, live in Sioux Falls, so Lucille was part of multiple family gatherings and events.  Due to failing health, she moved to Assisted Living in October of 2021.  She passed away at Dougherty Hospice House in Sioux Falls on April 10, 2022 at the age of 95 years.

In addition to her parents and husband, Lucille was preceded in death by her son, Dale Eisenbraun; three brothers: Donald, Eldon and Duwayne Schneider; one sister, Alice Haeffner, and son-in-law, Mike Bergstrom.

Floral tributes are pictured within the service program.

To order memorial trees or send flowers to the family in memory of Lucille Inez Eisenbraun, please visit our flower store.
Open