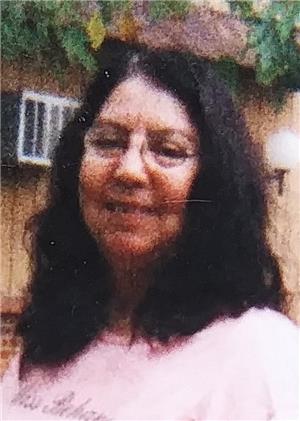 Mary Ruth Esther Morgan was born Wednesday, November 11, 1942 in Carter County, Tennessee to Willard and Dorothy Ina Love Morgan. She was received in the arms of Jesus shortly before midnight Sunday evening, April 5, 2020 under hospice care at her home in Scotland.
At the age of eight, Mary received the mandatory polio vaccine and as a result she developed an infection which resulted in her losing her arm. She overcame her handicap and did remarkably well with only one arm, raising three children, gardening, keeping house and cooking.
She married Charles Richard Davis on September 11, 1962. To this union were born three children. They lived in Tennessee but later followed the migration of people from Appalachia to Washington state where there was work in the logging camps.
Mary moved to Scotland, South Dakota in 1991.
All who knew her can attest to the fact that Mary loved as Jesus loved. She loved a lot! And Mary’s love was unconditional. It was exemplified in her love for her children, grandchildren and great grandchildren for whom she prayed and was always there to help.
Mary was a great source of Appalachian lore, sayings and cooking. She loved to watch the birds that came to her window, enjoyed gardening, liked to listen to preaching on the TV and loved flowers, especially if they were her favorite color, yellow.
She was preceded in death by her parents, husband, sisters Pansy Hurley, Marie Jackson and Margie May; brothers Darrel and Buster Morgan and great grandson Jayden Joshua Guldner.
She has left to mourn her passing brother Bobby Ray Morgan of Snohomish, Washington; daughters Mary Michelle, of Spruce Pine NC, Debra Diane of Olivet, SD and son Charles Reed Davis of Bakerville, NC; grandchildren Sheila Hayes, Donovan Anderson, Joshua Guldner, Amanda Guldner, Austin Davis and Miranda Davis and eight great grandchildren.