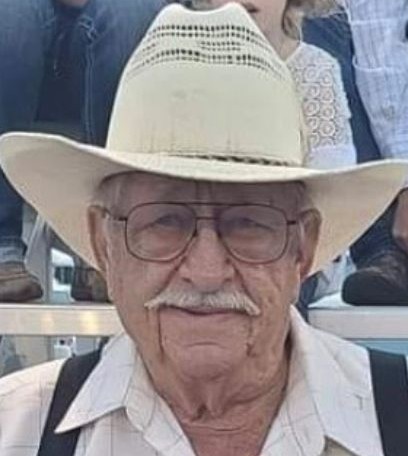 Private family interment and prayer service will be held at a later date.

Maynard was born January 21, 1937 to Rueben and Amanda (Pietz) Meyer at Tripp, SD. He completed the ninth grade in Tripp. He entered the army in 1955 and was honorably discharged in 1957. He worked at several gas stations in Tripp.

Maynard married Carol Ann Wormsbecher September 29, 1957 in Tripp. They were blessed with two kids, Kevin in 1958 and Amy in 1966. Maynard began working for the Hutchinson County DOT. He then completed his career with the State of SD DOT, after many years of employment.

Maynard enjoyed hunting, fishing, team penning, wagon trains, cooking and canning, along with making deer sticks and sausage. He was known for making friends wherever he went. People always knew where Maynard was, because his voice carried.

He was preceded in death by his parents, Rueben and Amanda Meyer; in-laws, Clarence and Viola Wormsbecher and daughter, Amy in 2004.

To order memorial trees or send flowers to the family in memory of Maynard Rueben Meyer, please visit our flower store.