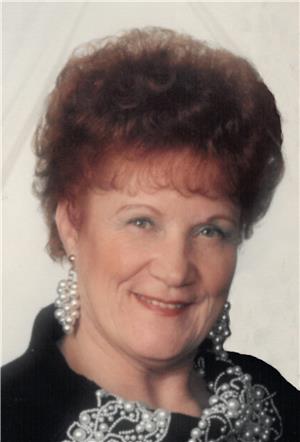 Myrna, the daughter of Clarence and Mary Bernice (Radtke) Muhmel, was born October 24, 1932 at home near Scotland, SD. She was raised in the Scotland area and graduated from Scotland High School.

In 1951, Myrna was united in marriage to James R. Fowkes in Scotland and this union was blessed with two children. Myrna worked at the Scotland Journal and Gemars Market. In 1964, they moved to Sioux City, Iowa. She worked as a teacher’s aide in the Sioux City Public Schools until retiring from West High School. In addition, Myrna sold jewelry for various companies.

Myrna enjoyed bowling, fishing, camping, playing cards and marbles. In recent years, she enjoyed organizing different activities at Northern Hills. She was a member of Moose Lodge and the Scotland VFW.
Myrna is survived by one son, James “Steve” Fowkes and wife Erin of Mitchell, SD; one daughter, Heidi Deignan of Sioux City; four grandchildren: Amber Fowkes of Sacramento, CA, Whitney Fowkes of Vermillion, SD, Caitlyn Deignan and Conor Deignan both of Sioux City; one brother, Royce Muhmel and wife Sussy of Yankton, SD; one sister, Marlene Luikens of Scotland, SD; other relatives and friends.
She was preceded in death by her parents; husband, James on January 22, 2013; one brother, Ronnie Muhmel; one sister, Marlys Muhmel and one brother-in-law, Dennis Luikens.
Meyer Brothers Colonial Chapel in Sioux City and Goglin Funeral Home in Scotland are in charge of arrangements.

To order memorial trees or send flowers to the family in memory of Myrna S. Fowkes, please visit our flower store.