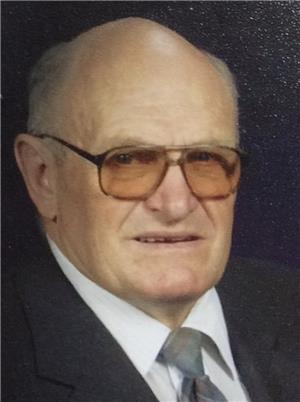 Myron Ray Lippert (April 13, 1939 – December 23, 2019)
Myron Ray Lippert, 80, of Ethan, passed away Monday, December 23, 2019, at the Firesteel Healthcare Center in Mitchell. Per his wishes, there will be no funeral and family will hold a private memorial service at a later date. Burial will be at the Gracehill Cemetery in Tripp.
Myron Ray Lippert was born on a farm northwest of Tripp, South Dakota, to Raymond and Nettie (Mehlhaff) Lippert on April 13, 1939. He graduated from Tripp High School in 1957 and enlisted in the Army National Guard, serving his country until 1966.
Myron started farming in 1960 in the Alexandria and Emery areas until returning to the family farm in 1984. In 1997 Myron met Patti Reif and they moved to Ethan in 2004 upon his retirement.
Myron was always a happy soul who enjoyed bowling and spending time with many friends. Those who knew him will remember his quick smile and wonderful sense of humor.
Left to honor his memory are his brother Dennis Lippert and his wife, Joyce, of Flower Mound, TX; his sister Janet Jucht, and her husband, Roger, of Bridgewater, SD; and his sister LaRae Odland, and her husband Mark, of South Haven, MI; nine nieces and nephews; and Patti Reif’s daughter, Sherri Reif.
Myron was preceded in death by his parents and special friend, Patti (Patricia) Reif.
To order memorial trees or send flowers to the family in memory of Myron R Lippert, please visit our flower store.