Nellie Green, passed away Wednesday, January 12, 2022 at her home in Parkston, at the age of 89. Her family takes comfort in knowing, that her light still shines in God’s mansion.

Nellie Elizabeth Green was born on Thursday, October 20, 1932 to Ellis and Lillas (Adkins) Thompson in the family home near Beardsley, South Dakota. The name Nellie was chosen because her maternal grandmother went by that name, which means Shining Light. When Nellie was a few months old, the family moved to a farm 8 ½ miles northeast of Parkston, that had been established by her paternal grandparents. Nellie was the youngest of six children born to Lillas and Ellis, namely, Dorothea, Warren, Viola, Vivian, Dale and of course, Nellie. After Nellie’s mother died, her father married Ella (Prien) and Nellie was overjoyed at the blessing of two baby brothers, Larry and James.

Nellie lived on the family farm until she married Raymond Hoffman in 1952. She was baptized, confirmed and married in the Salem Lutheran Church in Parkston, SD. The couple raised three children together and had lived near Harrold, Alexandria and in Fulton, SD until they settled back in Parkston in 1960. Nellie and Ray also welcomed a few other young people to live in their home throughout the years. Even after their children had moved from home and Ray had passed away in 1986, Nellie had the heart to bring a few young boys into her home, to care for them until a permanent situation was found to keep them together. So true to her name, she was indeed a Shining Light, a beacon in the storms.

Nellie worked outside of the home as a cleaning lady and as an aide at the local nursing home. She was later hired as a clerk at the Parkston Post Office, retiring from that position in 1992. She received a commendation from the USPS and a Silver Service Pin in 1990.
Nellie enjoyed farming, gardening and canning, as well as playing cards, fishing, camping and traveling. In 1991 she married Curt Green and moved to his home in Scotland. Nellie welcomed Curt’s eight grown children and their families with her whole heart, Steve (Jacquie), Susan (Robert) Strunk, Wes (Lori), Lorraine, Ellen, Forrest, Dennis and Ken.

The couple were active members of the Presbyterian and Methodist Churches in Scotland. Nellie and Curt enjoyed dancing, playing cards and crosswords. Curt passed away in 2014 and in late 2017 Nellie moved back to Parkston. She liked to tell people she had “come home to roost.” In 2020, Nellie once again, joined the Salem Lutheran Church in Parkston.

Floral Tributes may be found in the Service Program

To plant memorial trees or send flowers to the family in memory of Nellie Green, please visit our flower store.

What a great family and legacy! You are in our thoughts and prayers! Hugs to you all!!

A photo was added for Nellie Elizabeth Green 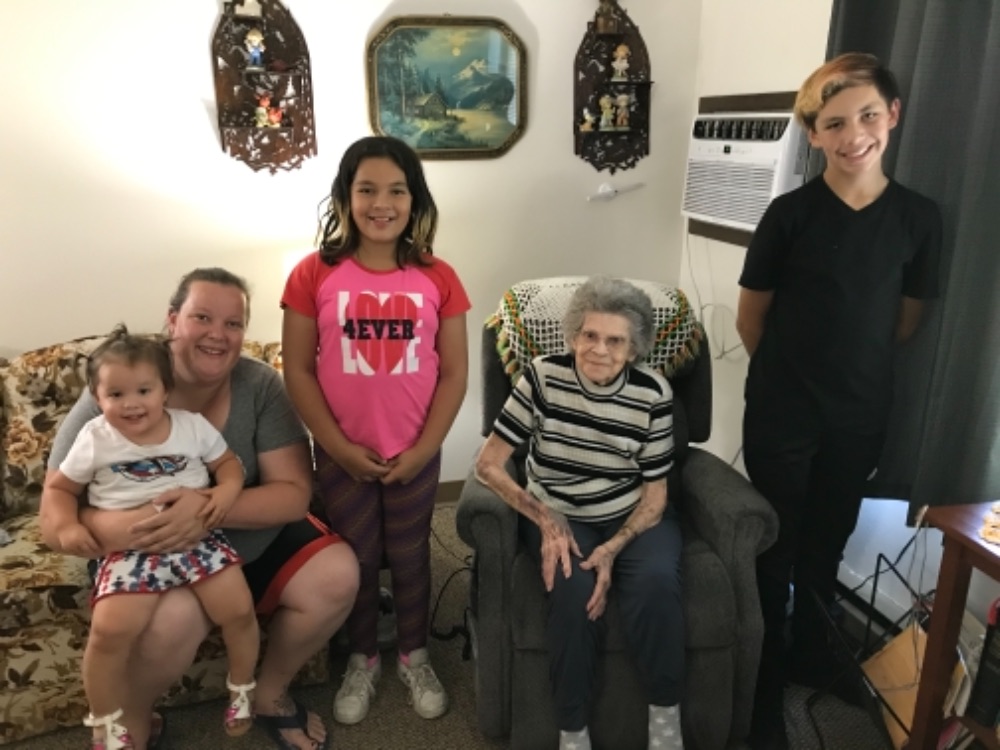 What a strong, kind amazing lady! I will miss my visits with her. She was such a fighter. Prayers to you all.