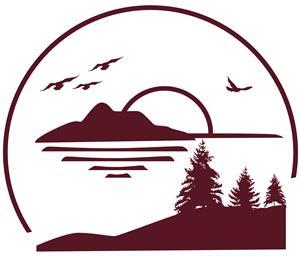 Norman Lee Deal, Sr. went to his heavenly his heavenly home on October 7, 2019 after a brief, courageous battle with cancer.
Norman was born September 2, 1935 in Wagner area to John and Erma (Martin) Deal. At the age of four, he moved to Fort Dodge, Iowa and lived with his father and stepmother, after their death in 1947 in an auto accident; he moved to Oklahoma and lived with an aunt and uncle. He returned to Wagner in 1949 and lived with his mother and stepfather. He graduated from Wagner High School in 1955. He joined the United States Army and served two years in Germany. He attended Mitchell Vocational Technical School, graduating with an electrical degree.
He married Bonnie Payer. To this union three children were born: Mary, Lea Ann, and Norman “Skip” Deal, Jr.
In 1969, he married Clarice Crisman Deal which brought another son into his life –Gareth John Deal, Jr.
Norm served as a city councilman and as the director of Charles Mix county Community Service which he enjoyed immensely. He also worked for the Charles Mix Road Dept. and drove truck for many years.
He leaves to mourn his wife of 50 years, Clarice; his children: Mary (Perison) Schneider, and Patrick Perison, Lea Ann (Wes) Schell, and Norman “Skip” (Connie) Deal, Jr.; five grandchildren; 4 great grandchildren; and man relatives and friends and his loyal companion, Penny.
He was preceded in death by his parents, and brothers, Keith A. Deal who died during the Korean Conflict, and Keith R. Deal, and Gareth J. Deal, Sr. who died during the Vietnam War, and his son Gareth J. Deal, Jr.

Per Norman’s request, there will be no funeral service.

A private family burial will be held and a later date.

To order memorial trees or send flowers to the family in memory of Norman Lee Deal, Sr., please visit our flower store.