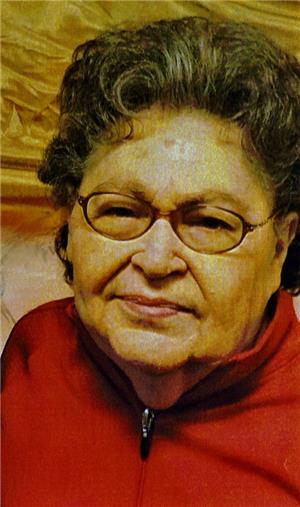 Phyllis was born at Sacred Heart Hospital in Yankton, South Dakota to Ray and Edith (Croes) Larson. She was educated in the Yankton school system and received her Bachelor of Science degree in Education from the University of South Dakota in Vermillion. Phyllis married Bernard Kubal of Tabor, SD upon his discharge from the Army. They made their home on the family farm where they raised their family of three daughters. She was employed by the Yankton Medical Clinic for 20 years, retiring in 2001. Upon her husband’s retirement from farming in 1998 they moved to Yankton to live in the home that her parents built in 1950.
While living on the farm, Phyllis served on the board of the Wilson School District #59 of Bon Homme County as well as the Tabor District Election board. She was a member of Christ Episcopal Church in Yankton where she enjoyed singing in the choir. She also was a member of Chapter K, P.E.O, Daniel Newcomb Chapter D.A.R. and the American Bell Association. Phyllis had a longtime interest in collecting bells with a special focus on the Liberty Bell. Reading, especially World War II history, was also a very special pastime of hers as she fondly recalled winning summer reading awards from the Yankton Carnegie Library.
Phyllis Kubal, age 82, of Yankton, SD passed away peacefully on Wednesday, June 3 at the Avera Majestic Bluffs Hospice House in Yankton.
Survivors include her husband, Bernard Kubal; her daughters Karen Kubal, Jayne Larson and Lynda Jochims; four grandchildren; many nieces and nephews and her companion cat, Tabby.
She was preceded in death by her parents and her sister.
In lieu of flowers memorials may be directed to Christ Episcopal Church Book of Remembrance or the Mead Cultural Education Center.

To order memorial trees or send flowers to the family in memory of Phyllis L Kubal, please visit our flower store.
Open
Open