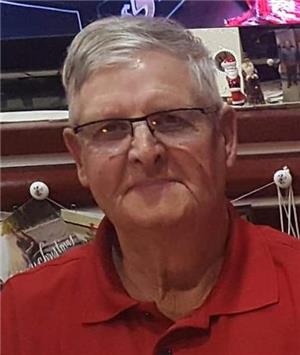 Randy Daniel Jerke was born in Hutchinson County on October 10th, 1940, to Alfred and Lorinda (Stelzer) Jerke. He was baptized and confirmed at Emmanuel Lutheran Church in Kaylor, SD, and later transferred to the Zion Lutheran Church in Scotland, where he was a member up until his passing. Randy completed school through the eighth grade, until his father passed away, leading him to take over the family farm. While farming, he planted and harvested crops and tended to livestock. Randy loved to farm, especially with his favorite brand of farming equipment, John Deere. He enjoyed going out to eat and to the casino, loved to talk to new people, and driving around to different towns with his younger brother Clinton. Randy cherished his time with Clinton, and the two of them became each other’s best friend. They lived together for all of their life at the family farm and did everything together. Where you found Clinton, is where you would find Randy. Even though Randy didn’t have a family of his own, he always enjoyed extended family gatherings and a good home cooked meal.

Randy is survived by his brother Clinton Jerke, sisters Joan (Harlin) Neuharth and Carol Hakl, and other surviving relatives.

He is preceded in death by his parents Alfred and Lorinda (Stelzer) Jerke, and brother-in-law Roger Hakl.

To order memorial trees or send flowers to the family in memory of Randolph (Randy)  Jerke, please visit our flower store.
Open