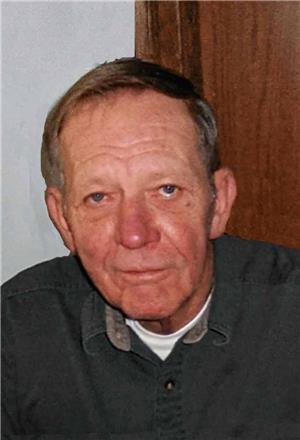 Raymond Rokusek, age 78 of Yankton, South Dakota, passed away Thursday, May 13, 2021 at Sacred Heart Hospital in Yankton, South Dakota.
Raymond was born on August 23, 1942 in Yankton. He attended school in Tyndall, SD. He married Norma Svatos on August 15, 1965 in Yankton. Ray was drafted into the Army and honorably discharged after serving as a mechanic. Ray worked at Western Electric, before he and Norma moved to Mitchell and bought the Chief Motel. While in Mitchell, Ray also worked at Dakota Manufacturing. When they moved back to Yankton in 1993, Ray worked as a welder at Kolberg/Pioneer in Yankton.
He taught his kids the value of good work ethic and many other life lessons. He was proud of his Bohemian heritage and loved to Polka. He was instrumental in bringing the Polka Festival to Mitchell. He enjoyed being in his workshop working on projects to make his life easier by working smarter instead of harder. A good example would be the infamous hedge trimmer that was admired by many passersby.
He was a member of Trinity Lutheran Church in Yankton.
Survivors include his wife, Norma, of 56 years; four children: Mark (Sandra) of Gillette, WY, Greg (Jennifer) of Centennial, CO, Sarah Wiseman of Sioux Falls and Sonia (Ron) Ohling of Sioux Falls; eight grandchildren: Ryan and Adam Rokusek, Cody, Kirsten and Alyssa Wiseman, Ethan, Lindsey and Katie Ohling; sister: Mary Kay Rokusek and brother: Norman (Pam) Rokusek, both of Yankton.

To order memorial trees or send flowers to the family in memory of Raymond Charles Rokusek, please visit our flower store.

Military Honors by Yankton VFW Post 791 will be held in the church parking lot, immediately following the service.&#160;