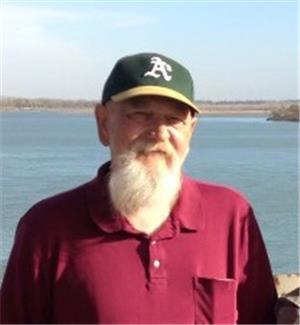 Richard Anderson, age 72, of Tyndall, passed away at Tyndall.

Richard was born in Yankton, South Dakota to parents, Ed and Mary (Swensen) Anderson. The family moved to Belmont, California in 1957.

Rick was a standout baseball player from little league through high school garnering many awards.

In his many jobs – he was constantly on the move to states like Texas, Arizona and South Dakota. His occupations included horticulture, law enforcement, and dealing cards in a casino.

Rick loved to hunt and fish. In later years, he became an avid slot machine player, excitably winning many big jackpots. Rick loved to tend his garden and to share his bounty with friends and neighbors.

Rick is survived by his two brothers, Chuck Anderson of Palo Alto, California and Cliff Anderson of Tyndall, South Dakota; his sister, Mary Mattner and her husband, Dennis of Aurora, Nebraska, his niece, Desirée Christenson and his nephew, Eric Anderson.

Rick will be missed by his many cousins and friends for his great sense of humor and with help in all their needs.

Rick’s wish to be cremated and remains given to the water and land he loved is honored.

To order memorial trees or send flowers to the family in memory of Richard Martin Anderson, please visit our flower store.
Open