Clergy
Rev. Dean Schroeder
Music
Pianist ~ Rachael Starwalt
Congregational Hymns
“How Great Thou Art”
“What a Friend We Have in Jesus”
“Abide with Me”
Honorary Casketbearers
Bob’s Grandchildren
and Great-Grandchildren
Active Casketbearers
Randy Laws, Jonathan Laws,
Mike Van Egmond, Brian Van Egmond,
Aaron Ebsen, twins James & Jeffery Plaatje,
Matthew Jenkinson, and Jerry McElhose
Celebration of Life
Robert “Bob” Lee Jenkinson was born on April 13, 1931 to William “Bill” and Violet (McElhose) Jenkinson in the family ranch home west of Verdigre, Nebraska joining sister Lois and brother Dale. Bob was baptized on May 13, 1931. In 1937, the young family moved to Creighton, NE. As a child, he rode his horse Daisy to his grade school, Prairie Dale Rural School. While attending high school, Bob worked for the local grocery store and West Lumber. In 1949, he graduated Creighton High School (CHS) and went on to attend 1 year at Norfolk Junior College. On June 16, 1951, Bob was united in marriage to Evelyn Gustafson at the Lutheran church parsonage in Creighton and they were blessed with three daughters: Valarie, Joan, and Janelle. For a time, they made their home on a farm by Creighton before moving to Verdigre.
In October 1952, Bob entered the U.S. Army. He served at Camp Chaffe in Arkansas until he was disqualified from further service due to a prior back injury. Upon his honorably discharge in January 1953, he returned to Nebraska. For 2 years, he worked with Thar Rest Estate Agency and also sold Underwood Olivetti Typewriters. He started his own real estate company, Jenkinson Real Estate, and enjoyed this career for the next 43 years. In April 1971, his marriage with Evelyn ended. He began farming in the Creighton area. In September 1971, Bob bought his first new Ford pickup, Old Blue, for the cost of $650.
On June 3, 1973, Bob was united in marriage to Ellen Walters at the United Methodist Church in Yankton, South Dakota. They made their home in Norfolk for a time, then moved to Creighton, and went on to settle on a ranch west of Verdigre with their daughters: Jeanette and Janelle. The family endured the farm crisis but were also blessed with the births of Jeanne and Jenni. The family of four moved to the Creighton area, Bazile Mills and called it home for 6 years. In November 1995, the family moved to Tyndall, South Dakota. Bob worked for Sunshine Store in Yankton as well as his scrap iron business, Iron Man. Through the years, Bob also enjoyed gardening, fishing, playing cards, and visiting around coffee. They were members of St. John Lutheran Church in Tyndall and they both enjoyed singing in the different church choirs. They shared their Christian-Lutheran faith and hoped to give glory and praise to our Savior Jesus Christ and believed in His promise of Eternal Life. They wanted all families to know of God’s saving grace.
Bob fell asleep in Jesus on Wednesday, March 22, 2017 at the Good Samaritan Society of Tyndall having attained the age of 85 years, 11 months, and 9 days.
Thankful for sharing his life is his wife of 43 years, Ellen Jenkinson of Tyndall; daughters: Valarie (Larry) Laws & families of Aloha, OR, Joan (Chris) Van Egmond & families of Norfolk and Plainview, NE, Janelle (Tim) Bender & family of Remsen, IA, Jeanette (Jerry) Duffield of Sparks and Valentine, NE, Jeanne Brewer and family of Tabor, SD, and Jenni (Matt) Glenn & baby son of Sioux Falls, SD; 9 grandchildren; 7 great-grandchildren; brother Dale (Doris) Jenkinson of Muscatine, IA; nieces & nephews: Patty (Bill) Niehaus & family of Oro Valley, AZ, Sharla (Marc) Splittgerber & family of Orathe, KS, Steve (Diane) Jenkinson & family of Muscatine, IA, Bill (Carla) Jenkinson & family of Durant, IA, and Joy (Ivan) Ball & family of Donnellson, IA; classmates and CHS 1949 graduating class; brothers-and-sisters-in-law: Harry (Linda) Walters of Wagner, SD, Mary Ann Deurmier of Wagner, SD, Carol (Dave) Schafer of Bandera, TX, Em (Jackie) Walters of Rapid City, SD, Warren (Barb) Walters of Tyndall, SD, Linda Plattje of Avon, SD, Renee (Ken) Cornacchio of Sioux Falls, SD, and all their families; and many of Bob’s nieces, nephews, cousins, neighbors, friends, and coffee pals.
He was preceded into Heaven by his grandparents: Brent (Nara) Jenkinson and Earl (Anna) McElhose, first wife Evelyn, parents William “Bill” and Violet Jenkinson; parents-in-law William “Bill” and Frieda Walters, sister Lois Jones, brothers-in-law Robert Jones, Jim Plattje, Alvin Roth, and Gary Deurmier, niece by marriage 27 year old Shelly Stucky-Nie, granddaughter 27 year old Chantelle Elisen-Wimmers, and many relatives and friends.
A Life to Remember. To God be the Glory.

To plant memorial trees or send flowers to the family in memory of Robert "Bob" Jenkinson, please visit our flower store.

A candle was lit in memory of Robert "Bob" Jenkinson

A photo was added for Robert "Bob" Jenkinson 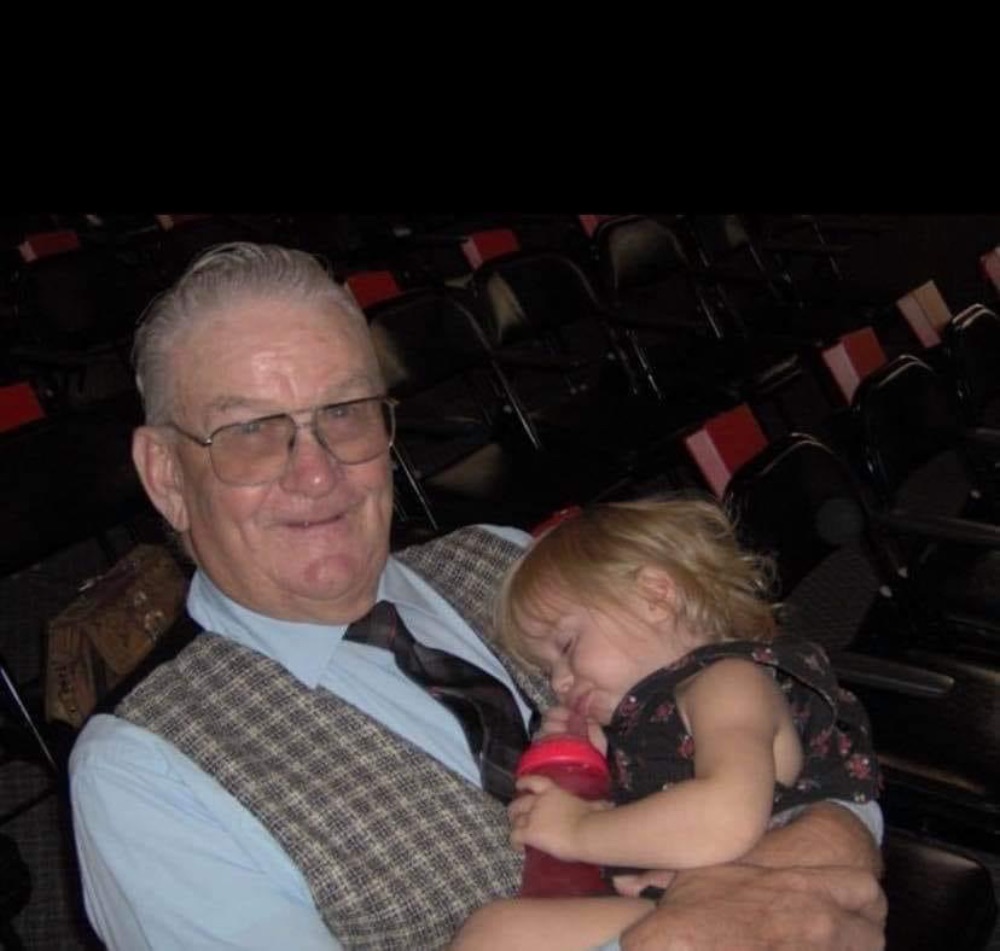 So sorry to hear about Bob's passing, My father Kenny Koops was very excited to get to see him again after many years while they were both in the Hospital in Sioux Falls. Just wish it would have been under better circumstances. Please know that Our prayers and thoughts are with all of you.

I am so sorry for your loss. Prayers to you and your family. May God Bless You.

On behalf of AFGE USDA-FSIS Local 3390, we wish to deepest condolences with the passing of your father. We pray that God will comfort you and uplift you during this difficult time. Local 3390 officers and members.

Our deepest sympathies to the entire family.