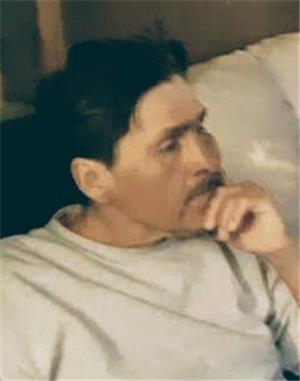 Stanford Douglas Spotted Wood was born April 22, 1961 to Samuel Johnson and Rachel Spotted Wood. They resided in Yankton S.D. He was aka Doug to everyone. He went to Marty Indian School. He enjoyed participating in cultural activities and was involved in the Marty Indian Club. He started dancing as a Jr Boys Fancy Dancer. As an adult he became a licensed carpenter. Later on he obtained his CDL license and became a long haul 18 wheel truck driver along the Southern Coast from Florida to Texas.
Doug became a father to son, Daniel DuMarce and daughter Kristan Vogt and has a grandson Alex Vogt.
He had good artistic abilities and especially loved to draw. Doug enjoyed listening to his favorite artist Stevie Ray Vaughn. In his last years he enjoyed spending time with friends.
Doug died on his birthday Wednesday, April 22, 2020 at Sandford Medical Center in Sioux Falls.
Surviving are his son Daniel DuMarce of Sisseton; daughter Kristan Vogt of Sioux Falls; grandson Alex; father Samuel Johnson; sister Debra Risner; aunts, uncles and cousins.
Doug is preceded in death by his mother, one brother and one sister.
He will be missed greatly by friends and family.