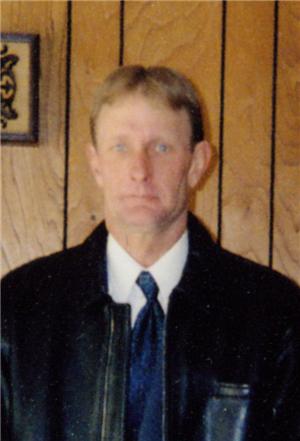 CLERGY
Rev. Ron Shifley
MUSIC
Organist ~ Sharon Orth
Congregational Hymns
"Morning Has Broken"
"It Is Well With My Soul"
"Amazing Grace (My Chains Are Gone)"
HONORARY CASKETBEARERS
Tom’s Bowling Team
Scotland Area Farmers
CASKETBEARERS
Rick Lingberg
Dudley Nelson
Jerry Nelson
Matthew Nelson
Logan Smidt
Don Wasmund
Thomas Matthew Bainbridge was born on Thursday, October 3, 1963 in Tyndall to Paul and Eunice (Nelson) Bainbridge. He grew up on the Bainbridge family farm near Scotland that was homesteaded by his great-grandfather. He graduated from Scotland High School in 1981. Tom farmed with pride on the family farm and also helped farm for other family members, neighbors and friends. He was a devoted member of the First Presbyterian Church in Scotland, where he served on the Session and as an usher. He loved bowling and attending sporting events, especially ones in which his niece and nephew participated. Tom died on Saturday, June 22, 2013 at his residence near Scotland at the age of 49 years, 8 months and 19 days.
Tom is survived by his father, Paul Bainbridge of Scotland; a brother: Robert “Bob” Bainbridge of Grand Junction, Colorado; two sisters: June Bainbridge of Flagstaff, Arizona and Kay (Mike) Smidt of Menno; two nieces: Elisa Bainbridge of Kenmore, Washington and Vanessa Smidt of Spearfish; a nephew, Logan Smidt of Sioux Falls; and a special friend, Diane Coffin of Scotland, and her children, Amanda and Paul.
Tom was preceded in death by his mother, Eunice Bainbridge, and his paternal and maternal grandparents.
To order memorial trees or send flowers to the family in memory of Thomas Matthew Bainbridge, please visit our flower store.