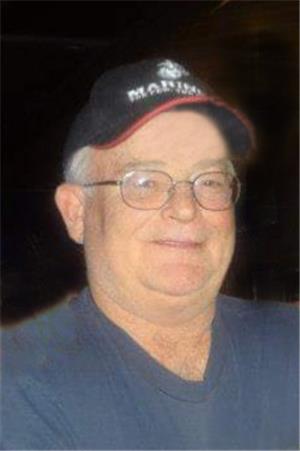 Thomas “ Tom” J. Beringer, age 69 of Tyndall, Thomas died on Friday, December 6, 2019 at Avera Sister James Care Center in Yankton, SD.
Thomas Joseph Beringer was born February 10, 1950 to George and Edna Jean (Balvin) Beringer in Tyndall, South Dakota. As a child Tom’s family live in multiple places including Sioux City, Iowa and Yankton, South Dakota before returning to Tyndall in 1968 where he graduated from Tyndall High School in 1968.
After high school Tom helped with his family’s brick hauling business and operation of Groveland Park Ballroom until August 21, 1969 when he enlisted into the United State Marine Corps.
During Tom’s enlistment in the Marines he became a sergeant. He served a tour of duty in Vietnam until he was wounded. By the request of the United States Government, Tom served an extension of service where he was assigned to State Department Security Team Embassy Duty in Guatemala by the U.S. Tom was honorably discharged on August 17, 1975. During his enlistment Tom received multiple decorations including two Purple Heart awards and an Expert Rifleman’s Badge.
In 1975 Tom married Cheryl Conrad and to this union, their two sons Eric and Sean Beringer were born. On June 21, 1991 Tom married Denise Vellek and they were married until his passing.
Over the years Tom worked multiple positions including Beringer Oil in Tyndall, SD, operated Tom’s Standard Oil Service Station in Yankton, SD from 1980 to 1986, Cork N’ Bottle, Frank’s Trading post and Kolberg’s until his retirement in 2003.
Tom had a love for baseball in his younger years and played on various teams. After retirement he enjoyed collecting military memorabilia and was a member of the Simek-Ptak VFW Post #6895.
Tom made many friends over the years and had a personality that touched many lives. He will be greatly missed.
Tom is survived by his loving wife of 28 years Denise Beringer of Tyndall; sons Eric Beringer and Sean Beringer, both of Yankton; daughter Victoria (Kenneth Echkolt Jr.) Vellek of Tyndall; granddaughters Ava Eckholt of Tyndall and Aria Beaudette of Yankton; brothers Barry Beringer and Bart Beringer both of Lesterville; sisters Connie (Allen) Anderson of Sioux Falls and Peggy (Doug) Burns of Boca Grande, Florida and many nieces and nephews.
Tom was preceded in death by his parents George and Jean Beringer; brothers Robert Beringer and Dennis Beringer and his grandparents.

To order memorial trees or send flowers to the family in memory of Thomas J Beringer, please visit our flower store.
Open