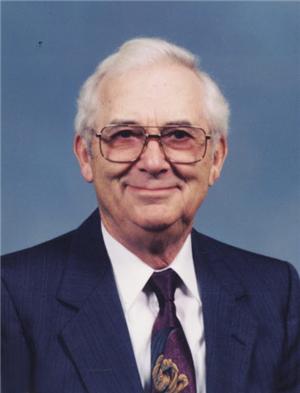 CLERGY
Rev. C. Brian Bucklew
ORGANIST
Delilah Hahn
HONORARY CASKETBEARERS
Victor’s Grandchildren & Great-Grandchildren
ACTIVE CASKETBEARERS
Bob Just
Don Maag
Glen Maag
David Mogck
Melvin Muntefering
Jared Sedlacek
Victor Johannes Maag was born April 21, 1923 in Tripp, South Dakota and passed on June 24, 2013 at Avera McKennan Hospital in Sioux Falls.
Victor was married to Ruby Stella (Ehresmann) Maag on October 12, 1947 at Emmaus Lutheran Church in Tripp.
Victor is survived by children, grandchildren and great-grandchildren, consisting of:  Bob (Robert J.) Maag, Huron, and his sons: Cole Maag of Huron and Nick Maag of Littleton, Colorado; Larry C. Maag of Tripp and his daughter, Sarah Maag of Sioux Falls; M.J. Knobe (Mary Jane Maag) of Sioux Falls and her daughter, Jennifer Jensen and his great-granddaughter, Mackenzie of Oklahoma City, OK; Daniel L. Maag, his wife Lori (Meade) and their son, Mathew Maag of Lakewood, CO.
Victor is preceded in death by his wife, Ruby, his parents, Karl J. (Charlie) and Lydia Maag (Anhorn), and his brothers and sisters.
Victor grew up on the family farm southwest of Tripp and briefly attended South Dakota State University. He and Ruby made their family’s home four miles south and one east of Tripp, farming his entire life. He made a continuous effort to improve the genetics of his cattle herd over the years and enjoyed those efforts very much.
Victor’s joy was founded in his children, grandchildren, friends and neighbors, while serving his community on various boards and organizations.
Victor was a member and served Emmaus Lutheran Church in Tripp, assisting both young and old while serving in a variety of positions.
Victor exhibited wonderful leadership skills and allowed those around him to express their own ideas and explore their potential. Victor maintained his subtle wit and unforgettable laugh throughout his lifetime, which endeared him to those around him.
Victor’s children recognized their freedom to grow and would often require Victor’s patience, understanding and guidance. Victor will be missed by family and friends alike. A good man, a good friend, and a wonderful father.
To order memorial trees or send flowers to the family in memory of Victor  Johannes Maag, please visit our flower store.