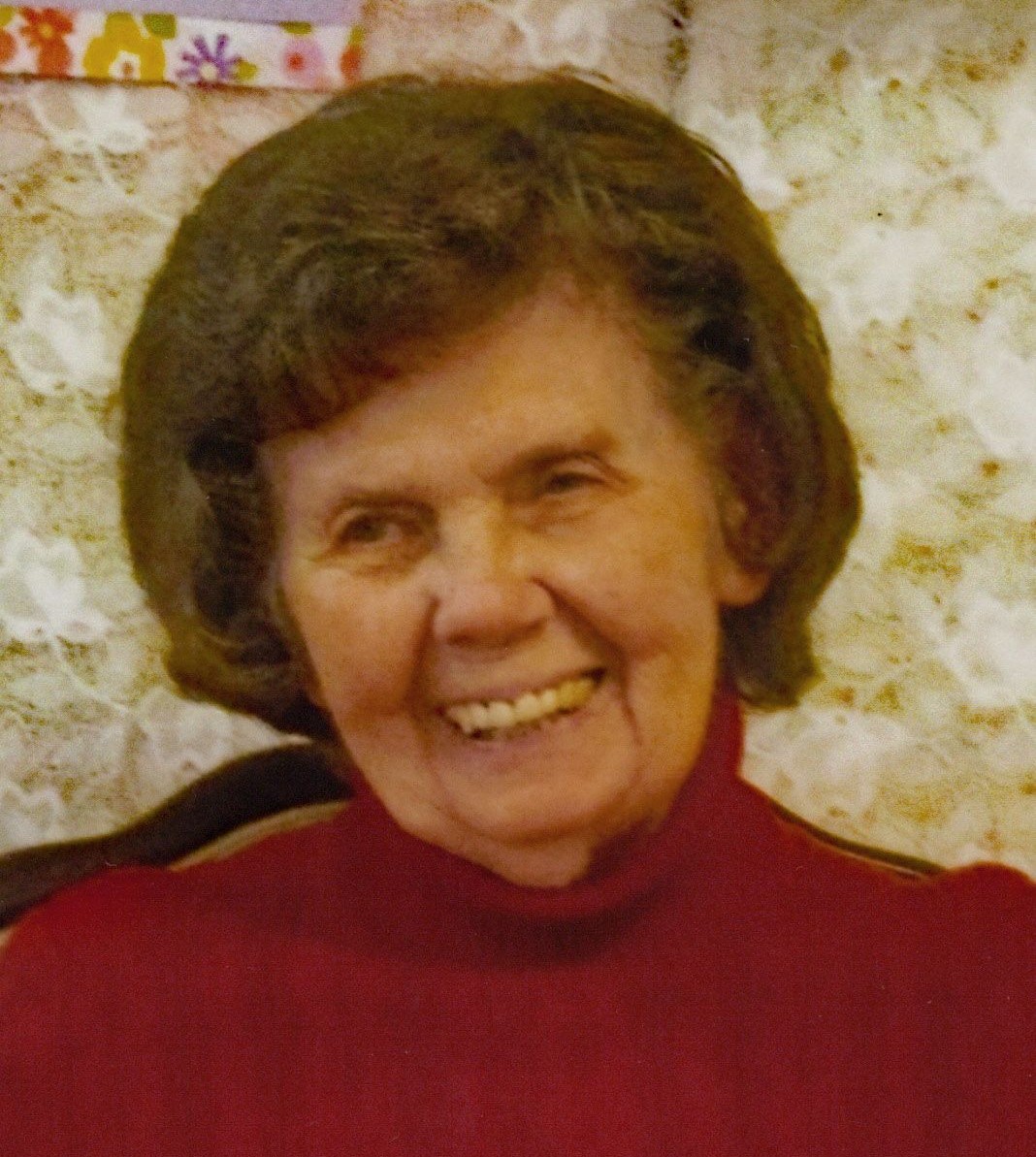 Virginia was born on June 22, 1933 at Scotland, SD to Herman and Leona (Burke) Voy. She was the only girl with four brothers, watching out and protecting her. She attended Mann Country School, rural Scotland, through the eighth grade. She was baptized and confirmed at St. Paul’s Lutheran Church, Scotland, SD.

Virginia married Philip Neuharth Jr. on February 28, 1954 at St. Paul’s Lutheran Church and to this union eight children were born. Virginia was a farm housewife and a very hard-working and loving wife to Philip and mother to their children. She raised and butchered 100s of chickens and ducks every year. She grew a large garden each year and canned the harvested vegetables. Household tasks included sewing, mending clothes, cooking, cleaning and decorating a cake for each child on their birthday.

With seven children and a very hard-working husband, remembered are all the lines and lines of clothes hung outside on laundry day! Virginia also crocheted a baby blanket for each of her grandchildren and great-grandchildren. Philip and Virginia loved to square dance and were long-time members of the Hurley Hoppers Square Dance Club.

Over the years, Virginia worked at the Menno-Olivet Care Center in the kitchen, laundry, housekeeping departments and as a CNA. She also helped feed the residents twice a day, before retiring in March of 2014, at the age of 81. She became a resident of the Menno-Olivet Care Center in September of 2017. Virginia was a long-time member of the Zion Reformed Church in Menno. She was a very religious lady and loved our Lord. She always had her Bible by her side. It is tattered and very worn because she read many, many chapters a day and read it completely, over 30 times in her life.

Preceding Virginia in death were her husband, Philip in 2015; infant son, Lonnie Jo in 1954; daughter, Marcia in 2022; her parents; brothers, Harold, Gerald, Melvin and Donny Voy; two great-grandchildren, Aiden Hotzler in 2009 and Kirstan Roubideaux in 2014; son-in-law, Mark Olesen and her mother and father-in-law.

The family thanks the staff of the Menno-Olivet Care Center for all the love and great care they gave, while Virginia was a resident there.

To order memorial trees or send flowers to the family in memory of Virginia L. Neuharth, please visit our flower store.
Open