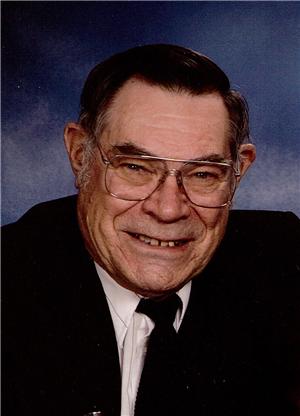 CELEBRANT
Fr. Joe Forcelle
LECTOR
Jim Kniffen
MUSIC
Organist ~ Marcene Kniffen
Soloist ~ Joe Sokolowski
“Old Rugged Cross”
Duet ~ Joe Sokolowski and Katie Heine
“Our Father"
Special Music ~ St. Leo Choir
“Precious Lord, Take My Hand”
Congregational Hymns
“On Eagle’s Wings”
Wayne “Jerry” Kreber was born on Friday, February 14, 1941to Lawrence and Gladys (Ball) Kreber. He was united in marriage to Carol Roberts on May 1, 1965 in Wall, South Dakota. Together they made their home in Rapid City. In his earlier years, he was one of the best racecar drivers Black Hills Speedway had seen. Jerry was a jack of all trades, but was especially gifted at fixing cars. After moving to the farm, he turned his talents to collecting and restoring John Deere tractors. During the harvest season, he was known to be found fixing a John Deere combine. For many years, he ran his own car repair business before selling and finishing his career at Coca-Cola. Following his retirement, Jerry and Carol moved to Tyndall in 2002. While mechanics was one of his greatest passions, he was always up for a mean game of pinochle. He was also a member of the Knights of Columbus and the Old Iron Club.
Jerry passed away on Sunday, November 16, 2014 at the Good Samaritan Society of Tyndall having attained the age of 73 years and 9 months.
He is survived by his wife, Carol of Tyndall; sons Bradley (Kim) of Spokane, WA and Scott (Jennifer) of Reno, NV; daughter Rebecca of Rapid City; grandchildren: Joseph, Grace, Macy, and Biron; sister Carol; mother-in-law Grace; and many nieces and nephews.
He is preceded in death by his parents Lawrence & Gladys, three brothers, and three sisters.
To order memorial trees or send flowers to the family in memory of Wayne "Jerry"  Kreber, please visit our flower store.