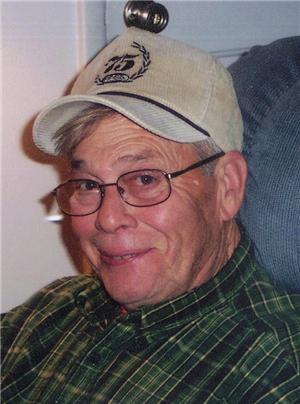 CLERGY
Rev. Dean Schroeder
MUSIC
"Amazing Grace"
HONORARY URNBEARERS
Wayne & Arlo Schuurmans
Judy & Bob Rueb
Randy Wermers
Wayne Gustave Kropuenske was born on Saturday, April 21, 1945 to Earl and Thelma (Leslie) Kropuenske in Beresford, South Dakota. He graduated from Luverne High School in Minnesota in 1963. In that same year, Wayne enlisted in the National Guard. For a time, he sold Hansen Silos with his father and other agriculture equipment for Gehl/New Holland and New Idea. After gaining much experience in the field, Wayne opened Kropuenske Implement in Tyndall, South Dakota owning and operating it for several years. Following the closure of his shop, Wayne worked for Powermotive in Colorado and Murphy Tractor in Scottsbluff, Nebraska. In 2010, he once again made his home in Tyndall.
Wayne loved his family, friends, and his beloved 1996 Ford Explorer. His 300,000+ mile vehicle spoke of his joy of getting out and about and was a very familiar sight in the town and countryside. Wayne also enjoyed telling stories and his routine breakfast burrito at Schmidt’s followed by a cheeseburger and Pepsi lunch at the Corral. Wayne’s family will always remember him as the best dad, grandfather, and selfless friend that anyone could ask for. He was a daredevil who was never afraid to live his life to the fullest.
Wayne passed away on Tuesday, December 15, 2015 at Avera-Sacred Heart Hospital in Yankton having attained the age of 70 years, 7 months, and 24 days.
He is survived by his daughters: Dawn E. (special friend Jerry Hansen) Kropuenske and Jessica W. (Dustin) Kropuenske Stanton; grandchildren: Addison, Alex, and Avery Stanton; mother Thelma Leslie Kropuenske; brother Duane E. (Linda) Kropuenske; former wife Kathy Mount Kropuenske; and several nieces, nephews, and relatives.
He was preceded in death by his father, sister-in-law Patsy Kropuenske, and many aunts and uncles.

one hour prior to service
To order memorial trees or send flowers to the family in memory of Wayne Gustave Kropuenske, please visit our flower store.